This publication is the final report of Cedefop’s thematic country review of apprenticeship in Croatia.

The review took place between January 2017 and June 2018 at the request of the Ministry of Science and Education of Croatia. It examined the unified model of education (jedinstveni model obrazovanja) three-year programmes for trades and crafts (CROQF level 4.1). The report presents key findings and suggestions for action to improve and further develop the model in line with the curriculum reform and labour market needs. The analysis is based on the information collected from stakeholders from different levels (students, practitioners, institutional actors, the social partners and policy-makers) and in-depth discussions with the steering group. The review suggests taking more care of the model in four directions:

(a) making it attractive and supportive for learners;

(b) supporting employers who take apprentices;

(c) increasing its quality and permeability; 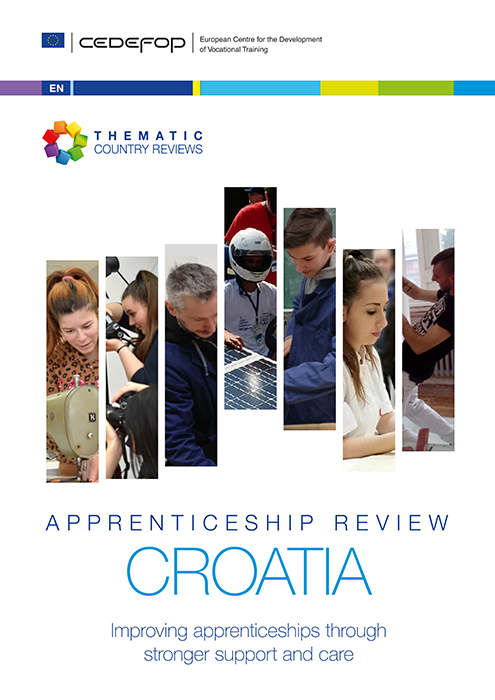