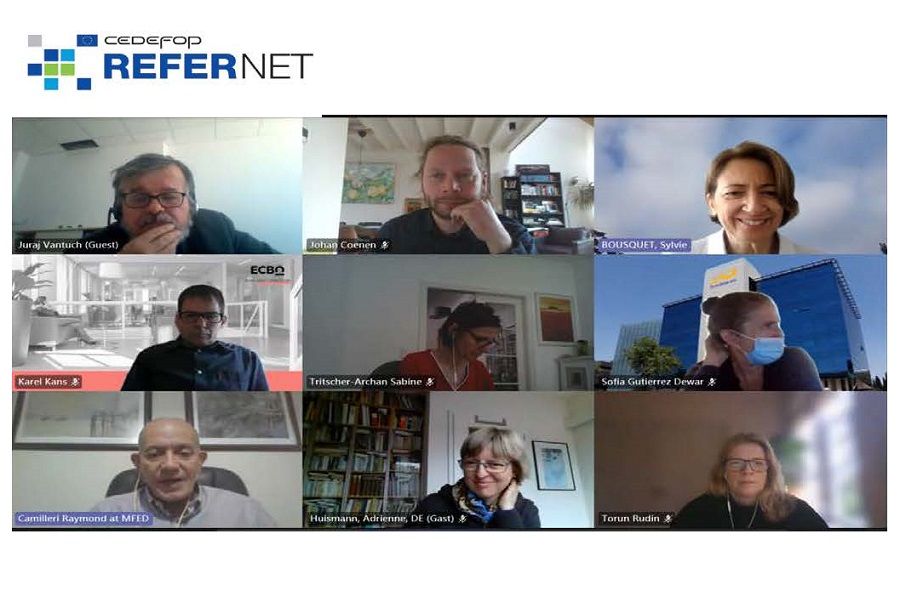 The ReferNet partnership forum brought together virtually, in May, national representatives, partners and Cedefop experts involved in the network’s activities.

On 25 and 27 May the forum’s focus was the future integrated approach to monitoring the implementation of the European priorities.

Partners discussed how the latest developments at European level may impact ReferNet’s annual input on policy reporting. They also discussed the new thematic framework that will be used to collect information on policy developments in the EU-27+ and its links to the priorities identified in the Council Recommendation on vocational education and training (VET) and the Osnabrück Declaration.

Discussions on exploiting the full potential of ReferNet outputs included the new concept of presenting policy developments in the EU, Iceland and Norway in a data visualisation tool.

The results of a survey completed by 250 VET stakeholders in 29 countries informed the discussions and participants debated the information that would be useful to understand the development and implementation of national VET policy developments in the EU-27+.

On 26 May, during an open day dedicated to partners, various cutting-edge national topics were presented, such as the Norwegian reform in upper secondary education, the autonomy of VET institutions in the light of the pandemic in Estonia and Slovakia, the Dobbantó programme to reduce early school leaving in Hungary, graduate-tracking mechanisms in Ireland and Greece, and an analysis of the demand for professions, qualifications and skills in Poland.

The ReferNet network will hold its 19th annual plenary meeting from 17 to 19 November. 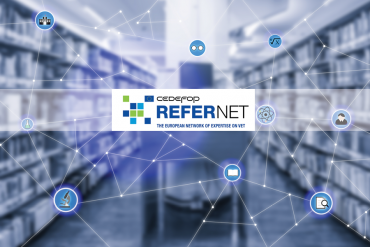 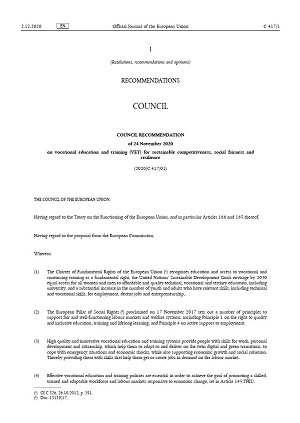 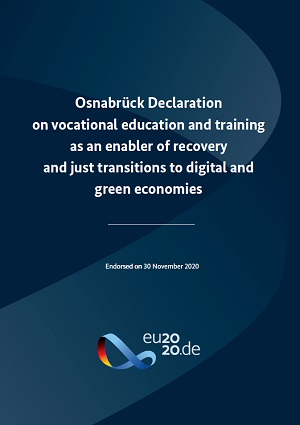 Document
04 Mar 2021
Osnabruck declaration 2020: on vocational education and training as an enabler of recovery and just transitions to digital and green economies
November 2020
Policy documents and studies