Finding a job after VET studies 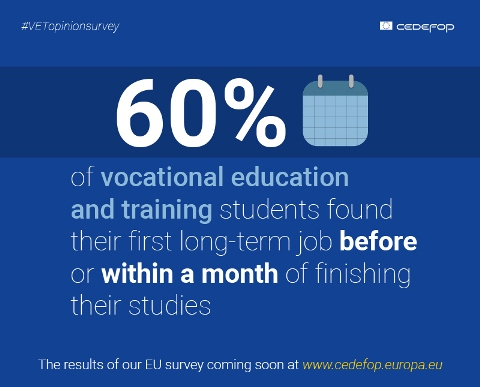 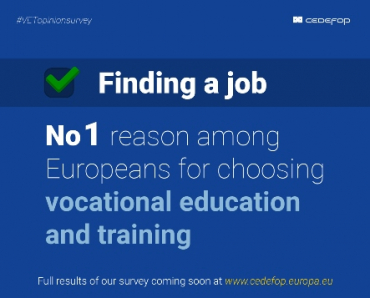 News
09 Dec 2016
What are the reasons for choosing VET as an educational path?
Results from Cedefop's opinion survey on vocational education and training in Europe
Image 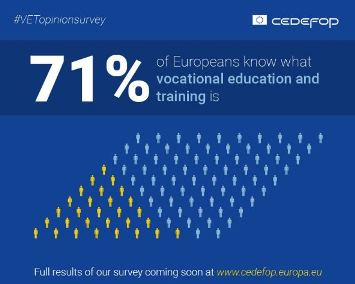 News
16 Dec 2016
Do you know what VET is?
Results from Cedefop's opinion survey on vocational education and training in Europe
Image 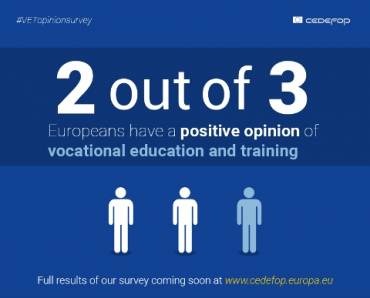