Forecasts up to 2025 diverge across countries 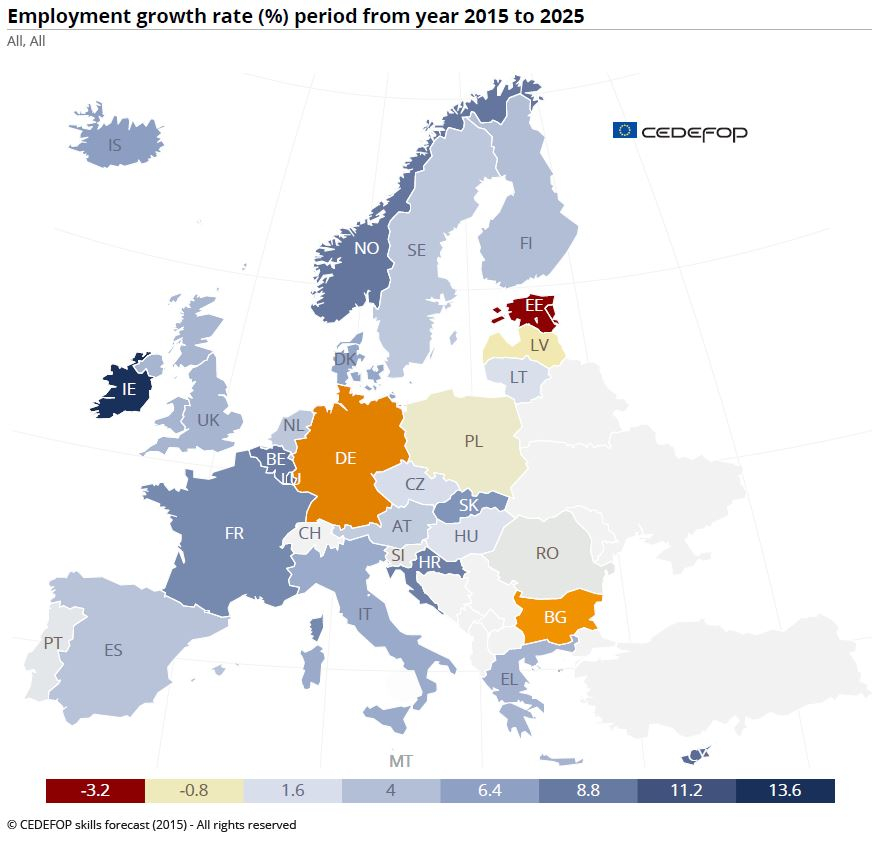