More than 200 participants explored and debated work organisation and skill development practices that benefit both employers and employees at a joint Cedefop, Eurofound and European Economic and Social Committee (EESC) seminar in Brussels on 19 November.

The seminar was an opportunity to present to policy-makers, academics, practitioners and representatives of national authorities, European institutions, enterprises and trade unions the findings  of Cedefop's European skills and jobs (ESJ) survey and Eurofound's Third European Company Survey.

The event also marked the 40-year anniversary of Cedefop and Eurofound – the two longest established EU agencies – and recognised the EESC’s strong tripartite role in EU policy-making. Both agencies are tripartite organisations with a governing structure of employers, trade unions and governments.

EESC Vice President Gonçalo Lobo Xavier underlined that for four decades the two agencies have provided timely and relevant expertise to improve citizens’ wellbeing. Both are more relevant than ever, he added.

Cedefop Director James Calleja praised the role of social partners in the agency’s creation and highlighted the cooperation with Eurofound and EESC.

He added: ‘Last year, as part of its work on skills, Cedefop carried out its ESJ survey, a major investigation of skill mismatch among adult employees across all 28 EU Member States. The survey is the first to look at skill mismatch over time to take account of changes to people’s skills and their job tasks. Its findings make a strong case for expanding work-based learning; for investing in continuing vocational education and training and adult learning; and show that good jobs develop good skills. All these have important implications for the social dialogue.’

Eurofound Director Juan Menéndez-Valdés noted that the two agencies are exploring the possibility of doing a European survey together.

A panel debate considered the question, ‘What is a great place to work?’

In his closing remarks, Nicolas Schmit, Luxembourg’s Minister of Labour, Employment and the Social and Solidarity Economy congratulated both agencies on their anniversary and their work. He talked about how technology is transforming the economy, pointing out: ‘It is important to understand what the opportunities of this transformation are, as well as the risks for employment, for companies and society in general.’ He added that technological acceleration may overtake us, which is why policy-makers in Europe need to take steps to provide citizens and enterprises with the tools to keep up with it. 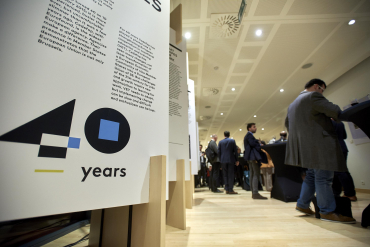 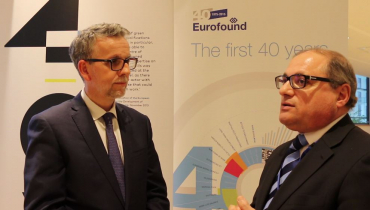 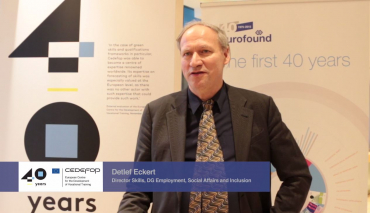 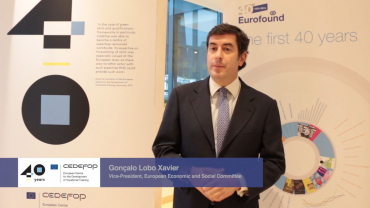 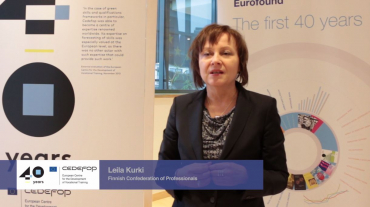 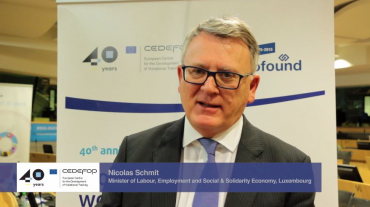