‘Skillset and match’ May issue is out!

Cedefop Deputy Director Mara Brugia writes about the roots of today’s European VET policy in the Treaty of Rome, as 2017 marks the 60th anniversary of the treaty that laid the foundation of the European Union. 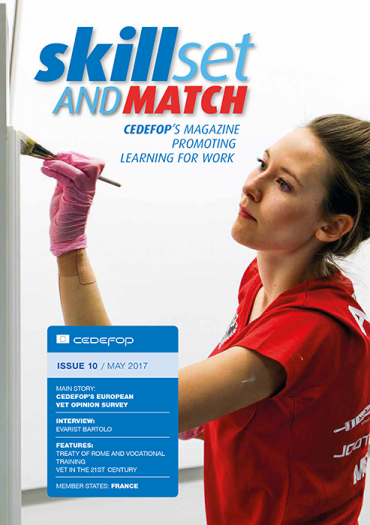