How can VET, skills and qualifications play a role in the EU refugee crisis?

The global refugee crisis is characterised by very high and increasing numbers of the refugee population. According to UNHCR data, the number of refugees worldwide stood at 22.5 million at the end of 2016, and it was distributed unevenly with Turkey sheltering the greatest number of refugees, hosting 2.8 million by mid-2016. The higher number of refugees is in developing countries[i].

The global refugee crisis is characterised by very high and increasing numbers of the refugee population. According to UNHCR data, the number of refugees worldwide stood at 22.5 million at the end of 2016, and it was distributed unevenly with Turkey sheltering the greatest number of refugees, hosting 2.8 million by mid-2016. The higher number of refugees is in developing countries[i].

Refugees fleeing war or persecution can be very vulnerable. Their vast majority cannot return to their countries where their basic rights, security and even their lives are in danger. They depend on the protection of other countries than their own (host countries). Protection includes fulfilment of their basic rights, as well as fulfilment of their essential economic, social and psychological needs. The concentration of refugees in a limited number of host countries puts a strain on these countries’ national refugee protection systems and resources and leave refugees in a limbo failing to ensure their self-reliance and local integration.

The global refugee crisis calls for international responsibility sharing and solidarity benefitting firstly the human beings that are in refugee situations, but also the host countries.

What is the EU context?

While being committed to international responsibility sharing and solidarity, the EU is facing an external and an internal challenge, the former triggering the latter. The external challenge is linked to the continuous incoming flows of refugees and migrants (mixed incoming flows) who use illegal channels (i.e. through smuggling and trafficking networks) to reach the EU with high tolls on human lives. The internal challenge is linked to the high exposure of certain European countries: Italy, Greece, Spain as first entry/transit countries; Germany, Austria, Sweden, etc. as destination countries, as well as illegal intra-EU movements of refugees.

Reducing the incentives for illegal movements by addressing its causes, annihilating smuggling and trafficking networks and revising the asylum and migration policy to strengthen international and EU responsibility sharing are key in the EU context.

But a stronger commitment to international and EU responsibility sharing and solidarity requires, among others, additional refugee protection solutions that will:

How can VET, skills and qualifications play a role in alternative refugee protection solutions favouring responsibility sharing and solidarity?

Refugees are entitled by international law and human rights principles to receive protection. Self-reliance and integration are key in offering them protection and in being accepted by and contributing to the host societies. Evidence from national contexts shows that, when pursued, early integration of refugees into the labour market is key in ensuring their self-reliance and social and economic integration.

Matching adult refugees’ skills and skills formation with national/regional economic needs help creating win-win situations and are used to support integration. But skill matching and formation may be at the basis for finding alternative refugee protection solutions favouring cross-country responsibility sharing and solidarity. This means creating labour or education migration opportunities specifically for refugees to open up additional legal pathways to bring refugees safely to the EU Member States, and also to support legal movements of refugees from one Member State to another. Thus, refugees enter into an integration programme leading swiftly to labour market integration already before they reach the EU or another EU country. This also contributes to avoiding social tensions and life threatening situations which are inherent to illegal cross-country movements.

Introducing labour migration opportunities for adult refugees within the EU would be a step forward in the EU asylum policy.

Cedefop’s work has highlighted the benefits of VET, skills and qualifications to European citizens[ii]. However, little evidence exists on the role of VET in expanding the possibilities of adult refugees to move from a first host country to another country where they may find employment and education and training opportunities by which refugees may reach self-reliance and integration and contribute to the host societies. Given the intensity and importance of refugee inflows into the EU’s societies and economy, in the next two years, Cedefop will carry out a study to improve knowledge and understanding of this role. The ultimate aim of the study is to support policy- and decision-making in EU Member States in designing and implementing alternative practical and politically feasible refugee protection solutions consistent with the realities on the ground and the human rights principles. The study will result in the identification of such solutions and the conditions for their development and expansion.

[i] According to UNHCR, developing regions continued to share a disproportionately large responsibility for hosting refugees. Nine of the top 10 refugee-hosting countries were in developing regions, according to the United Nations Statistics Division classification. Three of these (the Democratic Republic of the Congo, Ethiopia, and Uganda) were classified as least developed countries. 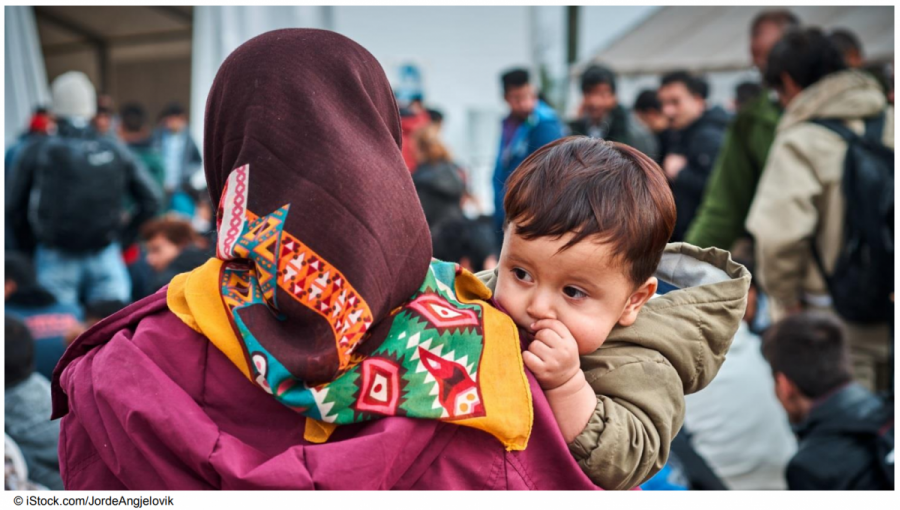