The study focused on learners who enrolled in professional programmes in the school years 2012/13, 2013/14 and 2014/15. The variables analysed were learner gender, age, previous education background, and level of school allowances granted according to socio-economic needs. Region and type of education institutions involved were also considered.

According to the study, learners seem to benefit from curricula permeability, as most of those enrolled in professional programmes are graduates of general education; they also have higher success rates (70%) than graduates of other education programmes. Graduates of lower secondary education and training programmes (CEF), of vocational programmes (abolished in 2018) and of alternative curriculum courses (offered only by the education ministry) had higher dropout rates (31%, 23%, and 47% respectively).

The success rate of learners from higher socioeconomic backgrounds, who do not benefit from school allowances, is lower (56%) than for those benefiting from them (63%). The study suggests that one possible explanation may be related to the public perception that these programmes are not suited for learners wanting to pursue tertiary education. Families with high socioeconomic status are usually more reluctant to allow their children to enrol in VET programmes, unless they have shown distinct learning difficulties. Learners from these households are less likely to complete professional programmes. This is also supported by the fact that learners from families with high socioeconomic status more often enter professional programmes at a later age due to failing to progress and having to repeat at least one year of studies at a previous stage of their education.

The study also highlighted that the thematic areas with the highest success rate were health, safety and hygiene at work (76%), technology of chemical processes (75%) and accounting and taxes (73%). The areas with higher dropout rates were civil construction and engineering (28%), transport services (22%) and electricity and energy (20%). 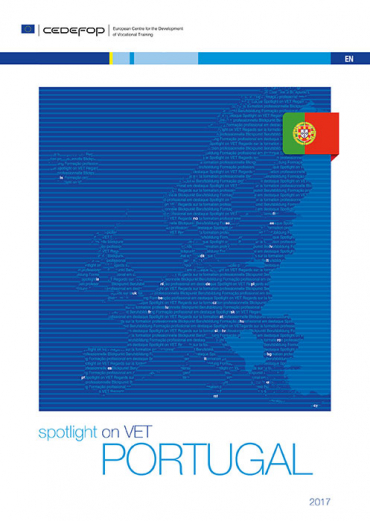