Italy: guidelines for the certification of competences 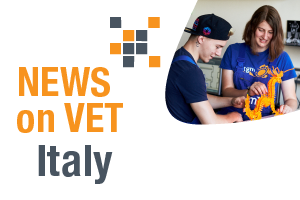 The Guidelines for the interoperability of entitling bodies of the National system of certification of competences’ were adopted in Italy according to a decree issued by the Ministry of Labour and Social Policies on 5 January 2021, in agreement with the Ministries of Education, of University and Research, of Public Administration and of Economy and Finance.

The guidelines, also agreed by the regions and autonomous provinces, set the rules for operationalising the services of the competent public bodies for the identification, validation and certification of competences acquired in formal, non-formal and informal contexts, in support of the individual’s right to lifelong learning (Law No 92 of 2012). They also complete the regulatory framework of the ‘National system for the certification of competences’ (Legislative Decree No 13 of 2013).

Legislative Decree No 13 provides for a common reference framework for competent bodies:

The competences are assessed on request and may also be recognised by public bodies (subject to internal arrangements) in terms of credits to aid their portability.

The labour ministry collects data by the competent bodies, as well as through INAPP and the National Agency for Active Labour Market Policies (ANPAL), and submits them to the national technical committee to verify that minimum service standards and performance indicators are met.