The Finnish national agency for education report highlighted that 11.4% of IVET students do not complete their initial undergraduate degree. The share of learners leaving their studies early has risen by 2.8% since the academic year 2013/14. The student's age, gender, language background and field of study were found to affect the completion of the qualification. However, about 25% of the cases of discontinuing IVET programmes are explained by transition to other studies.

The report was based on a survey conducted as part of the ESF-funded project Zoomi, and addressed to education providers. Data for more than 100 000 students were analysed for the academic year 2016/17.

The number of early leavers has increased across all qualifications, although significant variation between fields of studies and qualifications has been identified. Relative to the number of students, the highest leaving rates are in tourism, catering and domestic services. Gender differences can be observed; women are more likely to leave male-dominated fields of study, and vice versa. Learners with mother tongue other than Finnish or Swedish are more likely to discontinue their studies.

Almost every third student in the age group of 20-24 left their studies early in the academic year 2016/17. This rate is three times that for the group of 19-year-olds. Age alone, however, does not provide enough justification for leaving. Monitoring the leaving rate of the 20-24 age group in different study paths helps ensure timely access to guidance and support services.

Special needs students in mainstream IVET institutions leave their studies more often than others; 14.5% of this group discontinued their studies during 2016/17. Reasons do not differ from those of other students.

Factors encouraging remaining on one’s chosen study path seem to include living in a dormitory or studying in a special education school. The early leaving rate in these groups is significantly lower than the average.

The report concludes that support should be targeted towards young adults, students whose mother tongue is other than Finnish or Swedish, special needs students who study in mainstream IVET institutions, and female students studying in male-dominated fields and vice versa.

The report included the following development suggestions for IVET providers:

The Finnish National Agency for Education will conduct further research into the reasons for early leaving and give recommendations on how more effective transitions can contribute to completing studies. 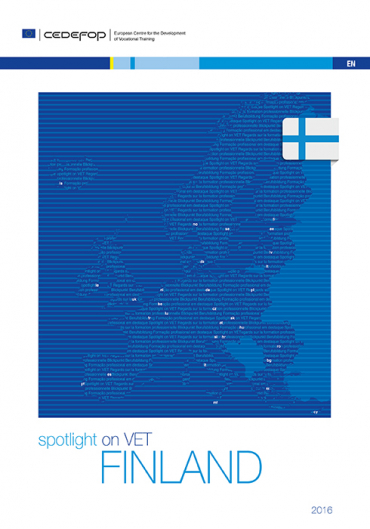