The project will conduct an in-depth comparison of the profile and content of VET programmes and their resulting qualifications to support mutual learning between countries and allow stakeholders to evaluate their individual priorities and choices.

Cedefop has supported the exchange of information on VET in Europe since its establishment in 1975; yet detailed comparisons of the content of VET qualifications have only been carried out to a limited extent. The ‘Comparing VET qualifications project’ addresses this weakness. We believe that systematically demonstrating similarities and differences between qualifications allows stakeholders to reflect on their choices and priorities. For example, are significant differences in skills requirements the result of differing national settings or are they caused by a mere lack of information and oversight?

The context of the project

The increasing use of learning outcomes to define and describe qualifications (Cedefop 2009, 2016, 2017) allowing for systematic comparison of what countries expect their VET candidates to know, be able to do and understand after having successfully completed a VET programme, is the key principle behind the comparative approach used in these two studies. The studies demonstrate the overall feasibility of international comparison of VET qualifications, but also the challenges related to scaling up the approach, as well as questions regarding the reliability and validity of the findings.

While Cedefop has invested heavily in supporting the exchange of information on vocational education and training in Europe, in-depth comparisons of the profile and content of VET programmes and their resulting qualifications have only been carried out in few cases, and not in a comprehensive way.  The project aims to close this gap and support mutual learning between countries to allow national policy-makers and stakeholders to evaluate their own priorities and solutions systematically.

The project work is divided into four separate but interlinked themes:

Events are being planned to reflect on different aspects of comparison of VET qualifications. The findings of these activities and Cedefop studies will inform directly ongoing policy developments and reforms at European, national and sectoral levels.

Pointing to the future

Building on previous work carried out by Cedefop, the project has prepared the conceptual and technical foundation for robust and scalable methodologies allowing for the analysis and comparison of the content (learning outcomes) of qualifications. 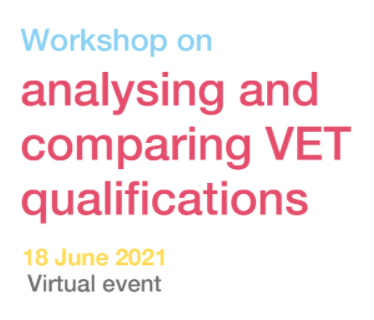