Office professionals – also called ‘business professionals’ – are skilled office workers who carry out a broad range of tasks that involve dealing with business, administration, sales and marketing issues 1. Three broad sub-occupations can be identified within this occupational group:

According to Eurofound's Job Monitor, the key 3 workplace tasks and skills of office professionals are autonomy, gather and evaluate information and use of ICT.

Figure 1: Importance of tasks and skills of office professionals 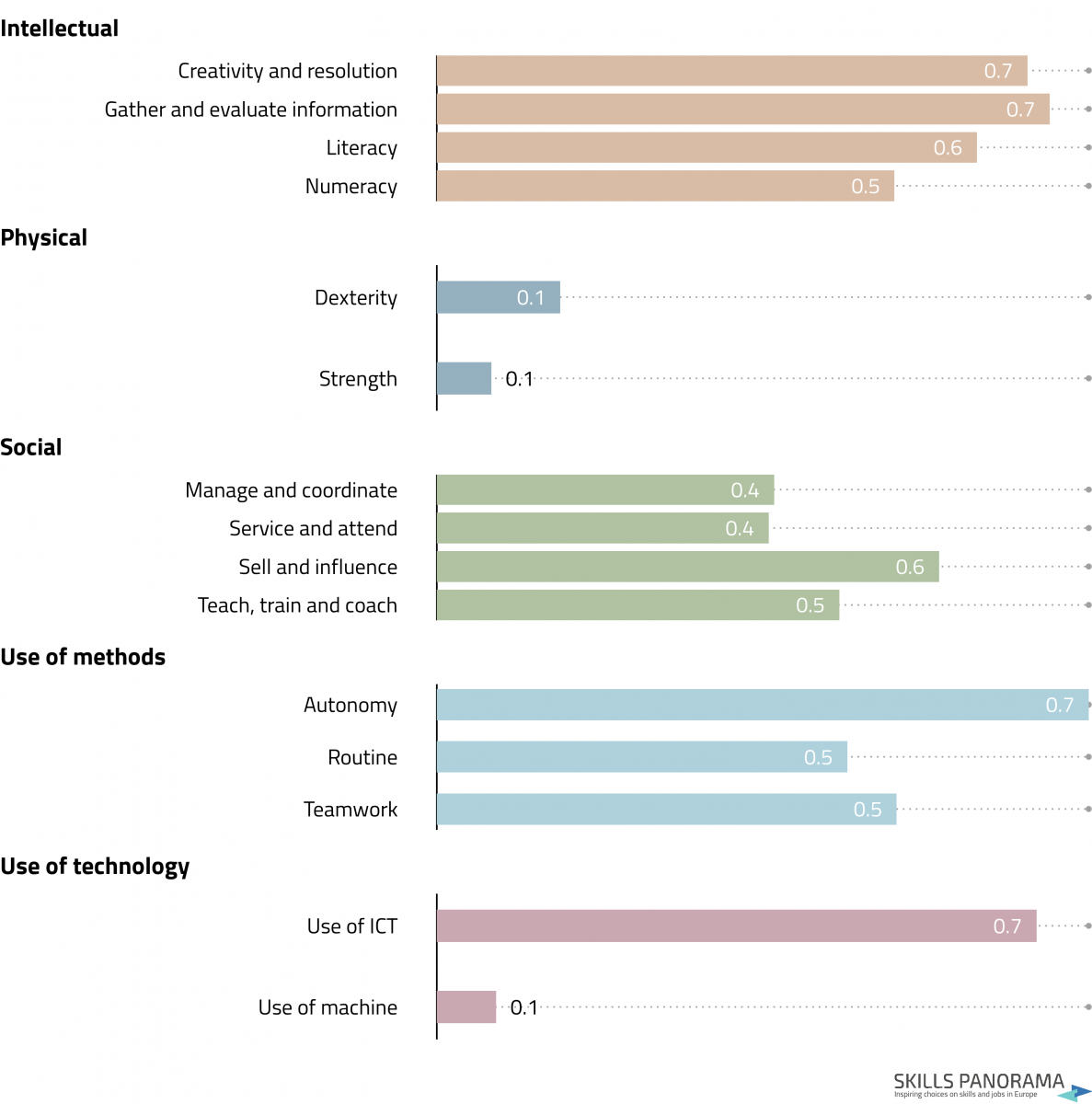 Note: The importance of tasks and skills is measured on 0-1 scale, where 0 means least important and 1 means most important.

What are the trends for the future? 2

Employment in the occupation grew by 24 per cent between 2006 and 2018.  Employment growth is projected to continue in the period to 2030 but at a slower rare.  Between 2018 and 2030 employment in the occupation is expected to grow by 16 per cent resulting in the creation of 1.4 million new jobs. 26 of analysed European countries are expected to create new jobs for researchers and engineers, while only in 2 countries their employment levels should decline. 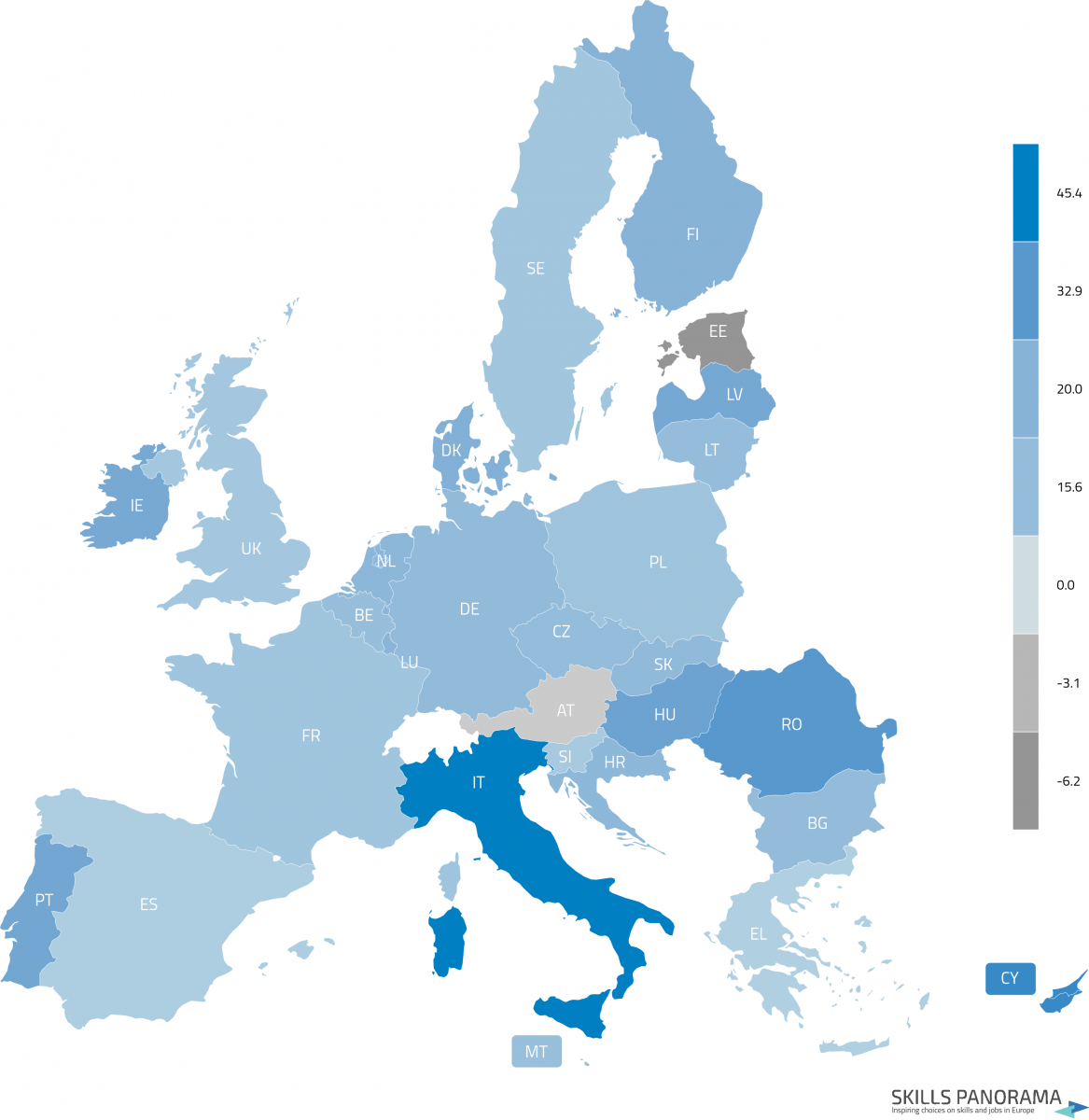 More information on employment trends and characteristics of office professionals can be found here.

Which drivers of change will affect their skills?

Skills required within this occupation are expected to be mainly affected by a set of drivers of change:

Financial analysts and business analysts who understand statistics and command a firm grasp of database analytics can tap into the ever-growing big data flow to make valuable enterprise-wide contributions. A talented analyst could easily focus his efforts on strategic process improvements in areas such as human resources or operations. IT skills, such as systems analysis and proficiency with large enterprise resource planning systems, are also in great demand.”

Source: “How to Sharpen Your Strategy as a Financial Analyst”. Available at: https://www.roberthalf.com/finance/blog/in-demand-skills-for-a-financial-analyst 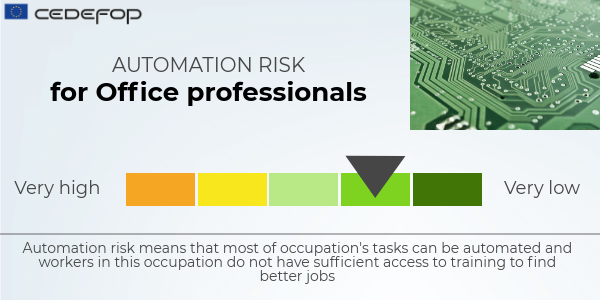 How can these skill needs be met?

As office professionals are employed in a wide range of sectors and industries, performing different roles, there can be no one skill profile that fits all. Nonetheless, common core skills such as strong analytical and ICT skills can be identified based on the drivers above.

Industry-standard certifications have an important role to play in skills development, as for example for accountants: specialist programmes offered by private providers; the Certified Information Systems Auditor (CISA) program from ISACA; the CIW Internet Business Associate Certification; and the Chartered IT Professional Certification; or for human resources professionals, such as the Chartered Institute of Personnel and Development (CIPD) certification.

Beyond certifications, business administration professionals should continuously upgrade and expand their skills (technical, soft; sector-specific or not) to cope with the changes anticipated in the majority of sectors they work. In particular, jobs in the financial & insurance services and professional services (such as legal, accounting and consulting), which are key employers of this occupational group, are expected to have significant rise in the need to learn new things 10; while it is rather likely that current skills in these industries will become outdated in five years, probably due to some of the driving changes analysed above. The role of employers (private or public entities) in sharpening and broadening their employees’ skills is of high importance for these professionals as they hold key positions and can directly impact on productivity and sustainability of organisations. Upskilling can take place in traditional forms (e.g. in classrooms), but also in the workplace, through positive learning culture and work structures (such as complex work, work autonomy etc.) 11.

[3] The need to replace workers leaving a profession for various reasons, such as retirement, is referred to as replacement demand. For more information on replacement demand and how it drives employment across sectors, can be found here, accessed 16 June 2016

[5] “Fintech” is an umbrella term used to describe technological innovations that significantly change the financial processes.

[7] European Commission 2009, Investing in the Future of Jobs and Skills. Sector Report Distribution and Trade

[10] Cedefop 2015, Skills, qualifications and jobs in the EU: the making of a perfect match? Evidence from Cedefop’s European skills and jobs survey. Luxembourg: Publications Office. http://dx.doi.org/10.2801/606129