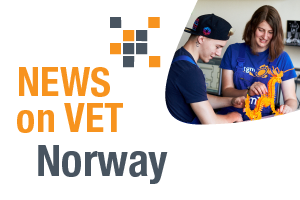 When comparing the NKR with the EQF and the qualifications frameworks in the European higher education area (QF-EHEA), some differences arise:

The past couple of years, vocational colleges (level 5 in NKR), the National Council for Vocational Colleges and the social partners have fought for the possibility for vocational colleges to provide education at higher levels in the NKR. The background is that the EQF allows for parallel sets of qualifications, in which the learning outcomes descriptions within a subject area or a professional field is either research- or experience-based. This makes it possible to have several different qualification types at the same level in the qualifications framework, with different learning outcomes descriptions.

Since the introduction of the NKR, using it has been a prerequisite for conducting an evaluation. In 2020, NOKUT, the Norwegian Agency for Quality Assurance in Education, was asked to review the current NKR, while focusing on the following two parts:

The proposals and views in the report are included in the subsequent work of evaluating the entire framework.