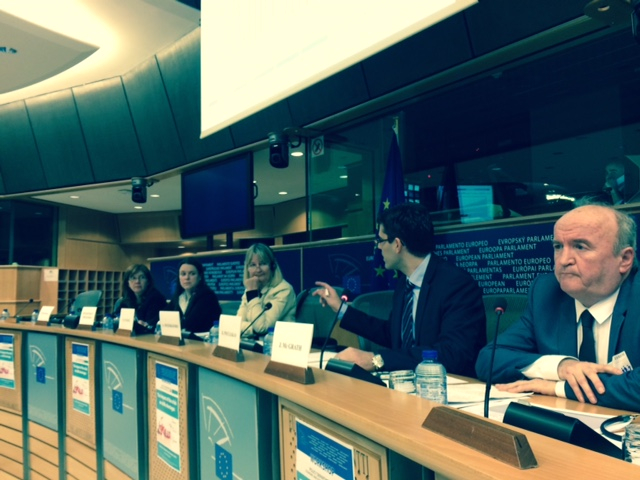 Speaking at a European Parliament Employment Committee workshop on the impact of the crisis on skills shortages, in Brussels on 23 March, Cedefop expert Konstantinos Pouliakas stressed that they have declined since the economic crisis and have remained below their pre-crisis levels. He warned, however, that, unless there is multiple action on several policy fronts, mainly on strengthening the link between education and employment, skills mismatches and shortages will increase as we exit the crisis.

'While Europe has too many individuals with low skills, it also has few jobs and too many bad jobs on offer,' he said.

Evidence from the new European Skills and Jobs (ESJ) survey that Cedefop undertook in spring 2014 has showed that the probability of higher qualified individuals accepting jobs that require lower qualifications and skills than their own has risen since the crisis.

Cedefop’s analysis of several European data sources has revealed that, typically, a fifth to a third of vacancy bottlenecks can be genuinely attributed to a shortage of applicants with the right skills. For the remainder, the failure to attract skilled labour arises because of the offer of uncompetitive salaries, or other inefficiencies in human resource practices.

According to Cedefop’s ESJ survey, in 2014 close to a half of all EU workers (47%) considered it likely that some of their skills will become outdated in the next five years: 'If we do not continue our reforms to improve the image, attractiveness and quality of vocational education and training, we will be poorly equipped to confront emerging skill shortages in our future job markets.'

But Cedefop's analysis also confirms that education and training cannot stand alone in the battle against skill mismatch. According to Mr Pouliakas, 'countries with lower shortages are also those in which firms adopt better human resource practices and offer higher quality jobs. What evidence alludes to is that our European skill strategies should not be geared towards a narrow aim of helping employers fill their immediate job vacancies. They should instead aspire to meet longer-term goals, such as strengthening key competences, creativity and innovation in education and training.'

The Cedefop expert highlighted the need for a stronger social dialogue and concluded: 'Unless there is multiple action and coordination on several policy fronts, including education, employment, innovation, competition and migration policy, skill mismatches and shortages will become more pronounced as we slowly exit from the prolonged economic crisis.'

Committee Vice-Chair Marita Ulsvkog, MEP said in her closing statement that 'the experts' input to this workshop and to the report on matching skills and jobs is very precious to the Employment Committee.'