Germany: career without an academic degree? It can be done!

Since the millennium, the ratio of first year students has almost doubled to around 60 per cent in Germany. For some time now, policy makers in education and training have been advocating the maximum possible ratio of academics, with success. Public respect for VET has fallen; increasing numbers of parents believe that it is impossible to have a career without an academic degree. However, if a career is understood as being an occupational pathway which is intellectually, financially and individually satisfying, this is incorrect.

The German economy has several hundred occupations to offer school leavers who are more practically inclined. The opportunities for gaining attractive training positions are increasing. In 2015, a record number of training places — around 40 000 — remained unfilled. The Bertelsmann Stiftung states in the Vocational education and training country monitor that, ‘A further reduction in the number of trainees could accelerate or trigger a shortage of skilled workers in many sectors because, at the same time as this, the baby boomer generation is entering retirement.’ They also state that, according to estimations, approximately 10.5 million employees with a VET qualification will have left the labour force by 2030.

Chambers of industry and commerce and chambers of crafts and trades have been raising the alarm over such a long period that now even Johanna Wanka (CDU), the Federal Minister of Education, is once again promoting dual VET. Corporations and small and medium-sized businesses are promoting their training places more heavily than ever before, professionalising their training plans to make them more attractive. Businesses are vying for university drop-outs, seeking to develop continuing education and training for vocationally qualified employees, promising better promotion opportunities than before; even periods abroad during training are now possible. Everything is being done again to generate interest and enthusiasm in the dual system among committed young people.

Youth unemployment in Germany is lower than anywhere else in the European Union (EU) and the significant contribution of the dual VET system in this regard is indisputable. Germany's flagship training model is even being praised by the OECD (Organisation for Economic Cooperation and Development) who otherwise never fail to miss an opportunity to extol the virtues of academic career paths. 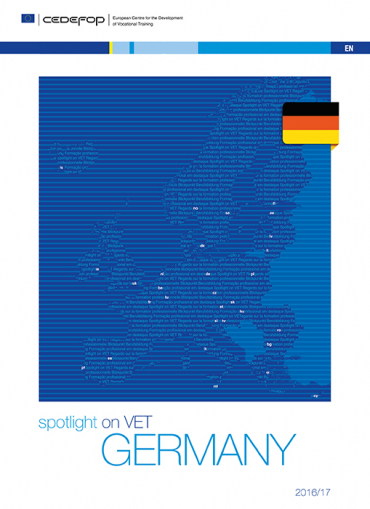