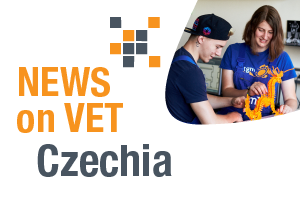 Over the past decade, several initiatives were implemented in Czechia aiming to improve the VET system. At the heart of these efforts was ensuring a better systemic response to the challenges of rapidly changing worlds of work and society, due to automatisation, robotisation and ICT expansion. Social partners, particularly employers, have been increasingly involved in these processes, as they are faced with skill shortages and skill mismatch. Trade unions only recently started to take a more active role in better matching of skills supply and labour market demand.

The study is part of a broader project entitled ‘Role of collective bargaining in the time of growing digitalisation of work’ and was conducted by the National Training Fund and commissioned by the Association of Independent Trade Unions, the second largest trade union association in Czechia. The study method was based on extensive research and secondary analysis of Czech as well as foreign literature and in-depth interviews with experts.

Focus on opportunities and threats of trade union involvement in VET

The study outlines a range of opportunities for future stronger engagement of trade unions in VET. It summarizes relevant practices and knowledge from abroad and analyses Czechia’s existing strategic documents, using them as main starting points. The key part of the study is an extensive overview of identified opportunities and threats for systemic participation of trade unions in VET.

On the part of education institutions, there is a high demand for social partner engagement; at present however, this is mainly met by employers. Within the existing processes and structures regulating VET, it is therefore also necessary to involve trade unions more, or to expand and intensify their existing contribution, which is so far mostly carried out at individual level. National strategic documents and legislation offer multiple ‘open doors’ for the involvement of social partners, including trade unions, in the field of education.

Trade unions should actively develop innovative approaches and ways of engaging or propose new processes and structures that could meet the current VET needs, by:

Read more
System participation of trade unions in the area of apprenticeship: opportunities and threats in the time of digitalisation