Employers appreciate apprenticeships, according to a report evaluating the new apprenticeship pilot phase. Companies and learners value the approach but the report also identify areas where improvements are needed.

Accompanying the roll-out of the pilot apprenticeship programmes that began in 2018, the Institute of the Republic of Slovenia for VET prepared the first of three annual evaluation reports, with the title Companies welcome apprenticeships. The results of the report are mostly positive; however, several issues have been identified, especially with regard to the acceptance of apprenticeships as an alternative to school-based vocational upper secondary education.

Feedback from employers and apprentices is positive. ‘Keep on doing it’ one apprentice was quoted as saying and most apprentices taking part in the pilot confirm that they would choose the same path again. Companies appreciate the new recruitment possibilities and seem satisfied with their apprentices; most intend to employ their apprentices after completion of their training.

Opinions are divided among the two participating chambers (Chamber of Craft and Small Business and Chamber of Commerce and Industry): one is satisfied with the responsibilities as set out in the Apprenticeship Act, while the other is somewhat more critical. According to the latter, the new system lacks a national vision regarding apprenticeships, which does not foster public trust.

Both chambers want to be more involved, acknowledging the interest companies have shown in the pilot. The Chambers see themselves as a link between companies, policies and schools. Schools are less satisfied, although their opinions vary; some recognise work-based learning as an important part of VET. Their concerns, however, focus on the additional workload and responsibilities that a roll-out of apprenticeship programmes would entail, given the organisational challenges and strain on staff.

One conclusion of the evaluation is that schools and employers need closer cooperation when preparing the apprenticeship training plan (ATP), which should better reflect company needs. Another aspect that deserves attention is the organisational and methodological flexibility of school curricula in the apprenticeship model. The concept of knowledge assessment in apprenticeships needs to be developed. Suitable mentor training is also of key importance. In order to reach the full potential of apprenticeships, chambers and unions need to be more involved and empowered.

The evaluation serves as a basis for the design and further development of the Slovenian apprenticeship system, which is being developed through the project Reform of upper secondary vocational education 2016 – 2021. The current focus is on:

The apprenticeship pilot includes five pilot schools, 32 companies, two chambers, 48 apprentices and 66 students and is being carried out from 2018 to 2021. 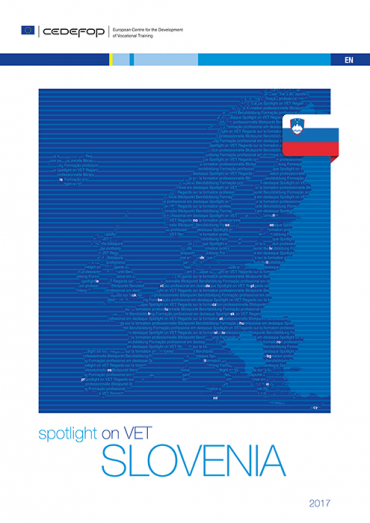