Skills and jobs for the young generation and the twin transitions 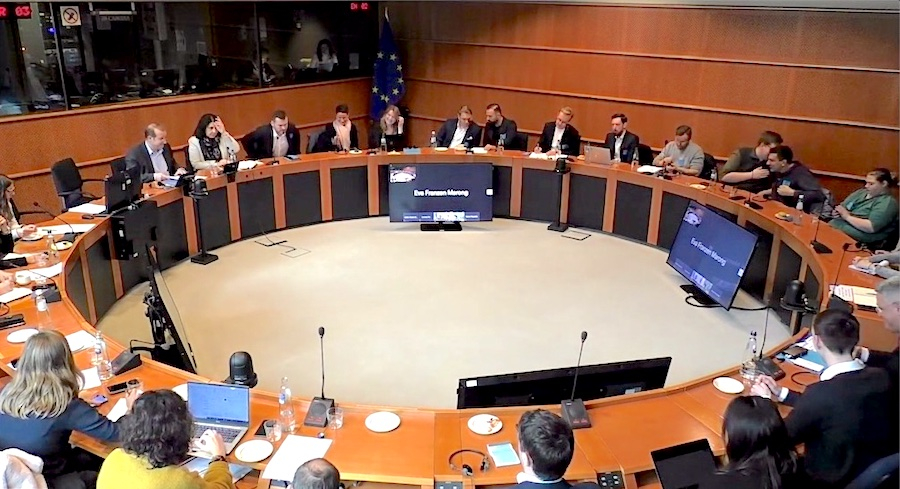 While investing in skills will remain a crucial factor for the twin, green and digital, transitions, it will also be vital in the coming years to invest in jobs that are learning-intensive, that make use of the skills of young people and give them a springboard to a successful career.

This was the key message that Cedefop Executive Director Jürgen Siebel drove home during a meeting at the European Parliament, titled 'Right skills and quality jobs for young people in the European Year of Youth 2022'. The event was organised by Ceemet, the European employers’ organisation representing the interests of the metal, engineering and technology-based industries, and IndustriAll European Trade Union, a federation of trade unions representing manual and non-manual workers in various industries and activities. 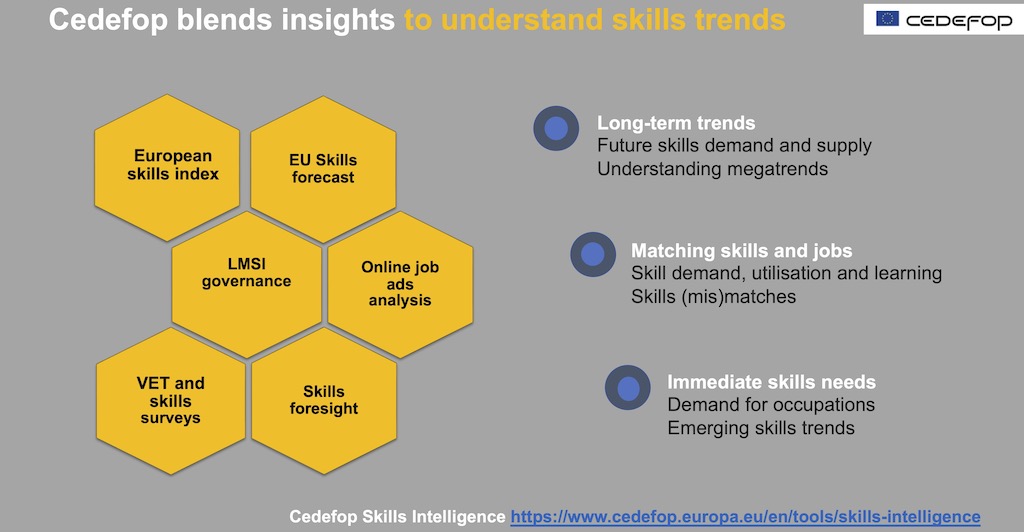 Drawing on data harvested from Cedefop's research, Mr Siebel said that implementing the European Green Deal is forecast to bring 2.5 million extra jobs to Europe's economies by 2030, adding that another critical part of preparing for this transition, and of the research carried out by the Agency, is understanding what those jobs look like and how we can educate, train and upskill people to access them. Vocational education and training (VET) – he pointed out – is in an advantageous position to facilitate the twin transitions thanks to its immediate proximity to both the world of work and education. 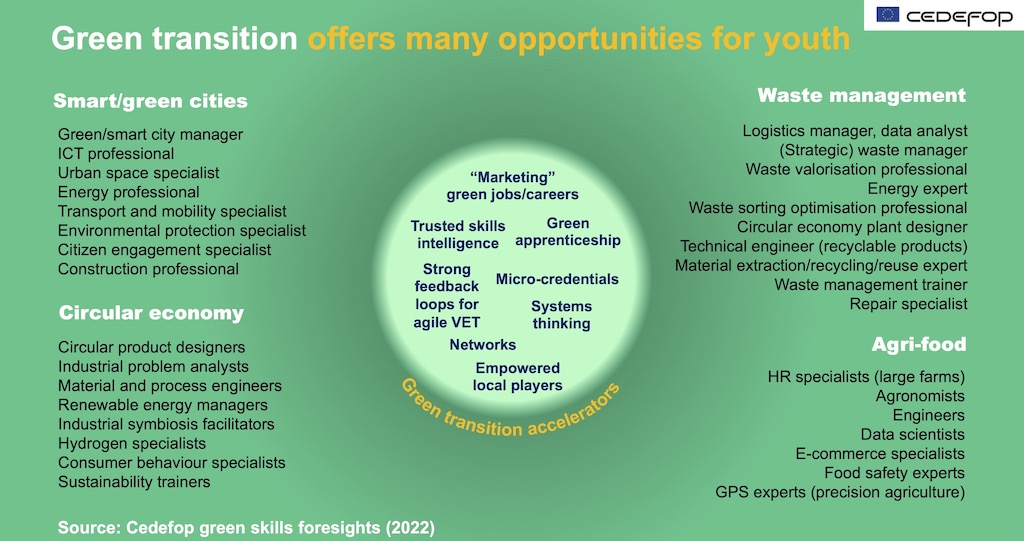 'One of the key lessons from our work on the green economy is that we can and should do much better in marketing and 'selling' green jobs. In all sectors, people on the ground tell us that we need to overcome stereotypes (e.g. 'waste management jobs are dirty') and increase awareness of the many well-paying jobs and careers out there. We cannot afford not to do this, as skills shortages will delay progress towards a greener economy and society,' Cedefop Executive Director underlined.

He noted that not all green jobs are high skilled ones, pointing to the example of the waste management sector, where almost half are skilled manual or elementary jobs.

Mr Siebel warned that data suggest, despite the fact that digitalisation is an area where young people obviously have a clear advantage, in terms of the jobs they have they are often disadvantaged. This – he said – calls for fresh investment not only in skills but also in jobs that capitalise on the younger generation's digital savviness. 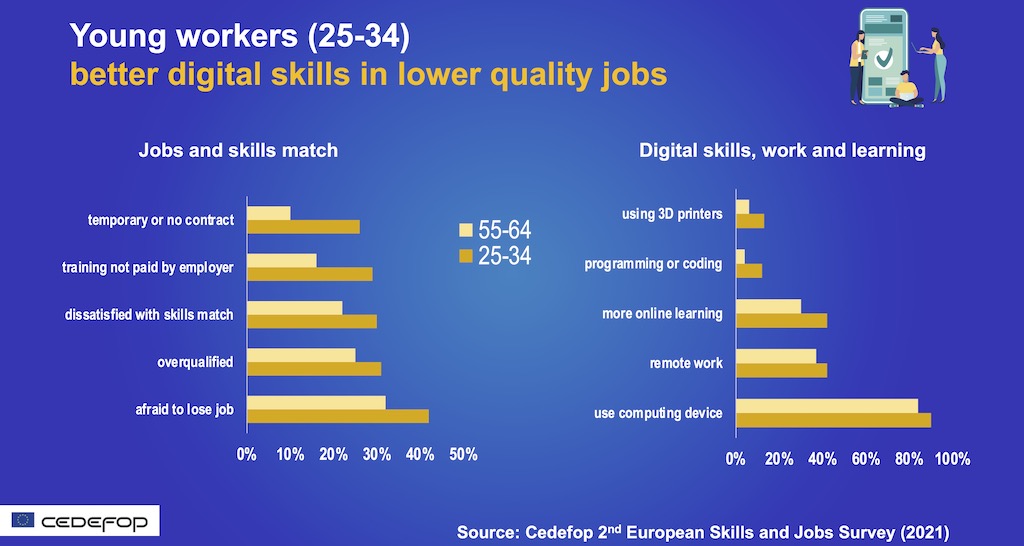 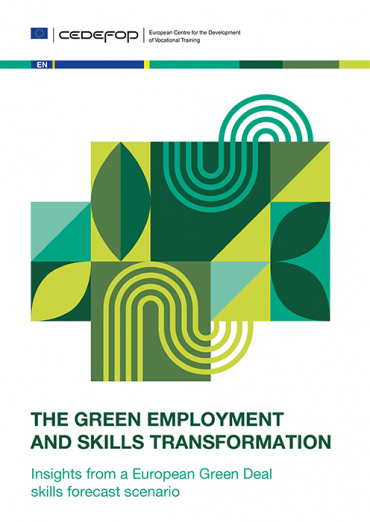 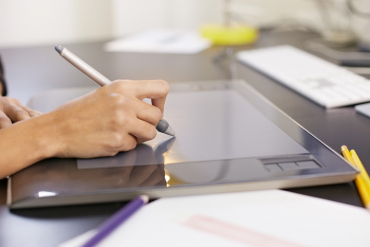 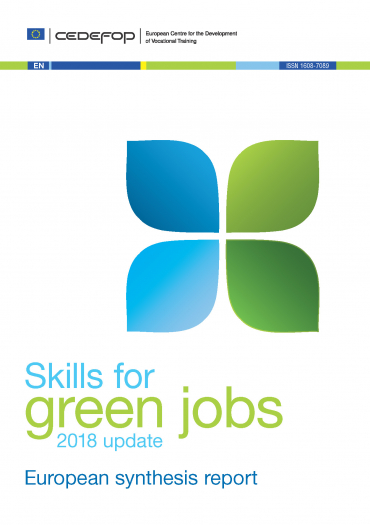 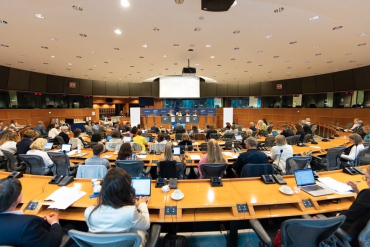 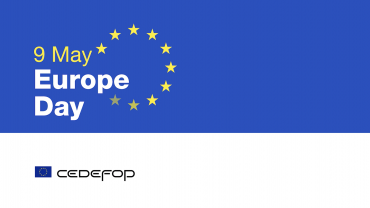 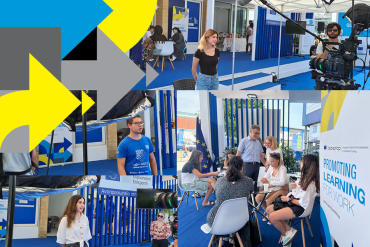