Italy’s national qualifications framework (NQF) was adopted in January 2018. The Italian NQF has eight levels and its level descriptors are knowledge, skills, autonomy and responsibility. The development of the NQF responds, among others, to a need for integrating the different qualifications systems; improving the legibility, transparency and comparability of qualifications of different systems, nationally and regionally; and aiding geographic and professional mobility at national and European levels.

The reform of Title V of the Italian Constitution (Constitutional Law 1/2001), which decentralised responsibilities and services for education, emphasised a necessity for establishing an NQF. The labour market reform (Law of June 28th 2012, No 92) was an important step in this process. It includes provisions for lifelong learning and sets the terms for creating an institutional system of validation and certification of competences acquired in lifelong learning. These steps were a prerequisite for developing a national qualifications framework.

The first referencing report was adopted in December 2012, and presented to the EQF advisory group in May 2013. It contained the referencing of public formal national qualifications awarded by the education ministry, and those awarded by the regions in the framework of the State-region agreements.

In the following years, more steps towards achieving an NQF followed, mainly through a number of laws. Legislative Decree No 13/2013  initiated the national implementation of the process started with the labour market reform, aiming at adopting common guidelines for an NQF; it also established the national public certification system, while  the Interministerial Decree 30/6/2015 establishes the national framework of regional qualifications for national recognition of regional qualifications and related skills.

In November 2015, the labour ministry, in agreement with the education ministry, appointed an EQF national coordination point, based in INAPP. It was tasked with setting up a technical group to prepare a technical proposal for the creation of a comprehensive NQF, which would include all types of qualifications awarded nationally and regionally.

The aim of defining an NQF was twofold: first, to guarantee individual geographic and professional level mobility and the recognition of non-formal and informal learning at national level; and second, to respond to input from the EQF recommendation at European level. 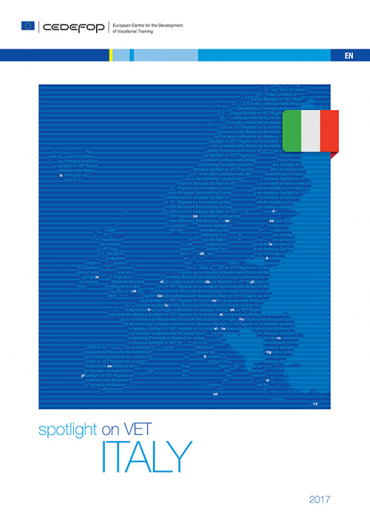