Cedefop and Greece sign new commitment to work together 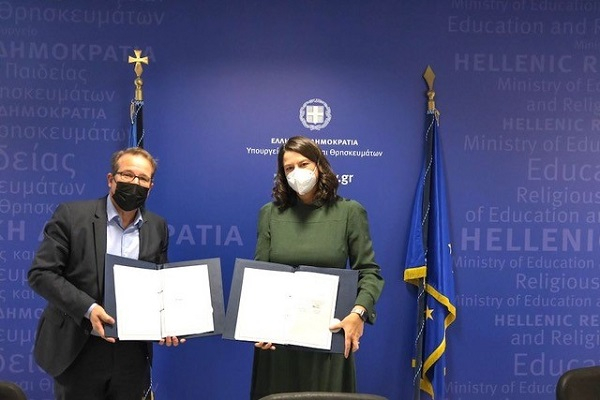 Cedefop renewed its seat agreement with the Hellenic Republic at an official signing ceremony at the Greek Ministry of Education and Religious Affairs, on 24 November.

Founded in 1975 as one the European Union’s decentralised agencies and based in Thessaloniki, Greece, since 1995, Cedefop supports the promotion, development and implementation of the Union’s policy in the field of vocational education and training (VET) as well as skills and qualifications policies by working together with the European Commission, EU Member States and social partners.

The new agreement was signed by Cedefop Executive Director Jürgen Siebel and Greece’s Minister for Education Niki Kerameus and will govern the two sides’ relationship subsequent to its ratification by the Greek Parliament. 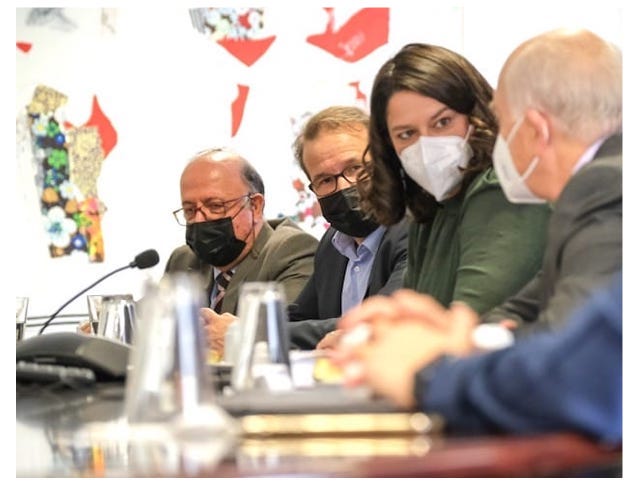 Following the signing ceremony, Mr Siebel said: ‘This is indeed a brilliant day for Cedefop. We have just signed our new seat agreement with the Greek Ministry of Education, thus renewing out mutual commitment, in essence a commitment to Europe and to providing evidence-based policy advice on vocational education and training, skills, labour market trends, to the European Union as a whole and to each Member State separately. Today’s signing binds the two sides to a relationship that has been going from strength to strength for more than a quarter of a century. It is a relationship that brings considerable benefits both to Cedefop and to Greece. I feel the main contribution of our presence here is that Cedefop puts the EU on the Greek map, demonstrating to everyone that the EU is not some distant bureaucratic Leviathan but is also partly run from where Europe’s civilisation began.’

Ms Kerameus said: ‘We are following very closely Cedefop’s work and are delighted to sign this agreement. We share common aspirations as regards the key role of vocational education and training in providing high-quality prospects for young people. VET not only constitutes an essential pillar of the educational system but, furthermore, an advanced policy tool for growth. Therefore, we are particularly pleased that Cedefop will continue to have Greece as its home.’