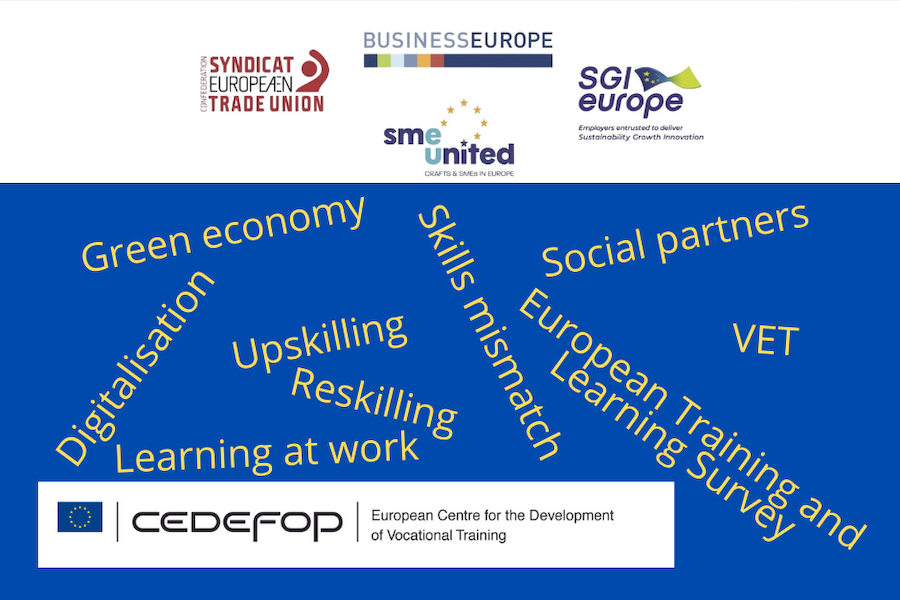 Cedefop’s top management had an opportunity to share recent research findings at two high-level meetings with the European social partners that play a vital part in the Agency’s mission to promote and develop European Union policy in vocational education and training (VET), skills and qualifications.

Cedefop Executive Director Jürgen Siebel spoke of the effects of digitalisation and the greening of the economy on jobs and the fresh demands they create for VET.

He was speaking at the final conference of the European social partner project on skills, innovation and training, on 18 November. The conference was organised by the European Trade Union Confederation (ETUC); BusinessEurope, the Union of Industrial and Employers' Confederations of Europe; SMEunited, the association of crafts and SMEs in Europe; and SGI Europe, the organisation representing enterprises and associations providing services of general interest from across Europe, both public and private.

Drawing from Cedefop’s extensive research and forecasting, Mr Siebel noted that a positive association between skills and innovation at macro level becomes apparent when one looks at the Agency’s skills forecast digitalisation/automation scenario, adding that where skills and innovation play less important roles, at the lower end of the labour market, the impact of automation is most pronounced, while jobs requiring higher level qualifications are much more shielded.

Turning to the emphasis Cedefop puts on the green transition and its impact on VET, he said that going green is likely to increase employment: ‘Meeting the European green deal targets could mean 1.2% extra employment growth (the equivalent of 2.5 million additional jobs) in the European Union’s 27 Member States by 2030 and this, besides the obvious sectors, will have a positive effect on various sectors supporting the green transition.' 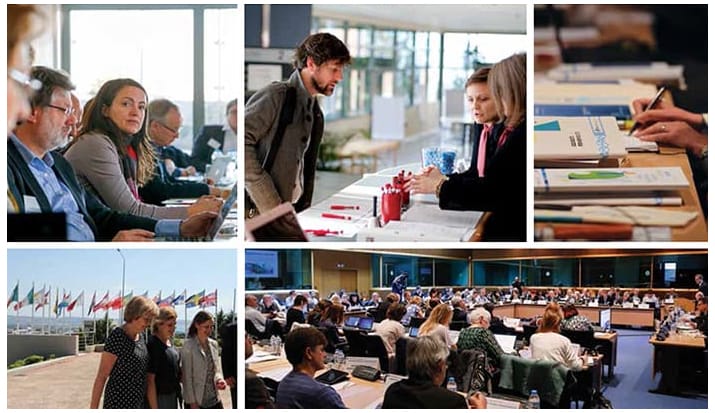 In this context, ensuring workers can update their skills or transition from declining occupations and sectors to greener jobs will be of paramount importance.

In this up- and reskilling process, Mr Siebel stressed the part that employers can play: ‘Fostering learning at work is in companies’ own interest: learning-rich environments are an engine of skills development, an innovation driver, and have a clear positive bottom-line impact.’

He also announced a new European Training and Learning Survey (ETLS), which will explore more deeply what drives different types of learning and how to map more precisely the wide impact it has on people, companies, societies.

Finally, he underlined the social partners’ role, saying that ‘they have a key part to play in interpreting findings of skills anticipation exercises and in shedding light on what these findings mean for policy and practice.

Cedefop Deputy Director Mara Brugia was invited by ETUC to speak to its Education and Training Committee on 17 November on what she termed ‘a broad, complex and multidimensional concept,’ that of skills mismatch.

‘It is an illusion to see mismatches as something that can be solved for a person, company or sector once and for all. Our approach should focus on ensuring all people have opportunities for continuous skills development,’ she said, adding that the design of related policies must strike a balance between the demand and supply side aspects of mismatch.

Ms Brugia explained that it is not only the supply side, but also the demand side that is responsible for the mismatch: ‘This means, for instance, unattractive jobs or insufficient possibilities to use and develop skills at the workplaces. Then, policy needs a stronger focus on improving work in terms of conditions, pay, learning potential and career development opportunities.’