Validation in the spotlight at 4th VPL Biennale 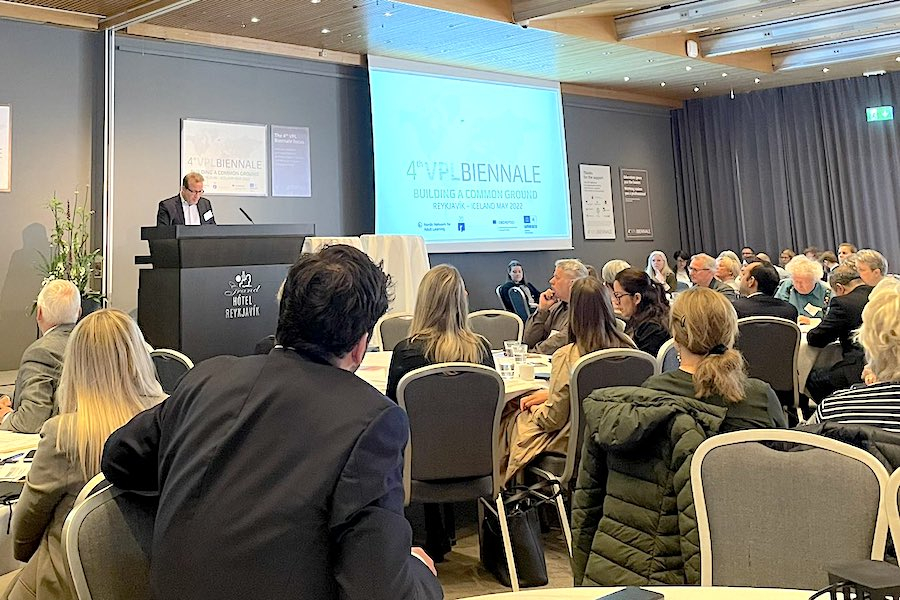 Validation of prior learning (VPL) must become an integral part of policies and services to support lifelong learning, as it cannot work in isolation and needs to be connected to other skill formation policies. This was the upshot of the 4th VPL Biennale, which took place in Reykjavík on 19 and 20 May.

The hybrid event was co-organised by Cedefop, hosted by the Icelandic Education and Training Service Centre (ETSC) and opened by the Minister of Social Affairs and the Labour Market Guðmundur Ingi Guðbrandsson. It brought together experts from around the world to share experiences, information, knowledge, ideas and visions on VPL as an essential part of lifelong learning.

The presentations, discussions and workshops of the 4th VPL Biennale were structured around five main themes:

Additionally, participants had the opportunity to be briefed about VPL developments in several countries in Europe and around the globe, including Brazil, Canada, Finland, Iceland, Ireland, Latin America, Norway, Scotland, Sweden, Thailand and Turkey.

In his welcoming speech, Cedefop Executive Director Jürgen Siebel highlighted validation's role and importance in the face of some major trends and the future of the world of learning and work: lifelong learning, the green and digital transitions, skills mismatch, upskilling and reskilling of workers, and migration and the refugee crises of recent years – notably, the ongoing one triggered by the war in Ukraine.

Cedefop's commitment to research on validation

Mr Siebel noted that validation has been a key part of Cedefop’s work for over two decades and is included in its Founding Regulation, pointing to ‘Making learning visible’, a seminal report on validation in Europe published by Cedefop’s Jens Bjørnåvold in 2000.

‘Cedefop’s work on validation from the very beginning recognised the importance of putting the individual centre-stage,’ Mr Siebel said, adding: ‘This is even more important in the current context, where validation should be seen as a driver of transitions and skills development. In addition to research and collecting evidence, we value and encourage debate and exchange of experiences.’

Among the themes presented and discussed over the event's two days, some were very topical, such as guidelines for practitioners on VPL for migrants and refugees, and integrating validation policies and practices, so that cooperation between labour market stakeholders, social partners and the world of education can support VPL better for efficient transitions in the labour market, as well as reskilling and upskilling of workers. 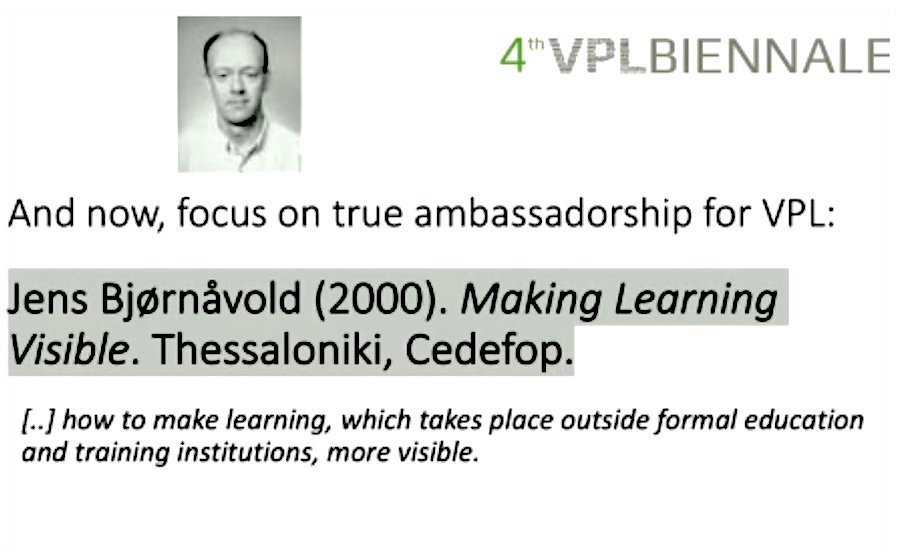 Jens Bjørnåvold was named 1st Ambassador of the VPL Biennale in recognition of his long and valuable contribution in the field of validation, while Cedefop’s Ernesto Villalba-Garcia, who is a member of the Biennale Committee 2022, presented the development of the field of validation and the Agency’s work on it over more than 20 years.

During the event, four global VPL prize winners were announced: 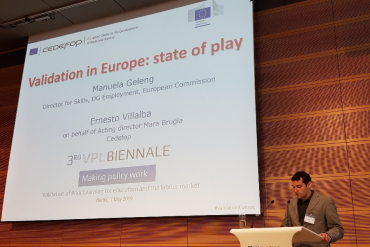