Iceland: increase in the number of foreign applicants for qualification recognition 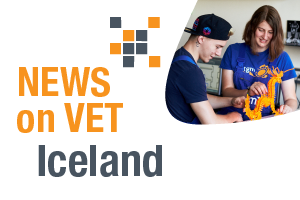 Citizens within the EEA who comply with the education and labour legal requirements for regulated trades in Iceland can apply and have their qualifications recognised.

The Directorate of Education is the legal body responsible for the recognition of studies and work experience; the District Commissioner is responsible for issuing the licence to practice a trade. The recognition is accompanied by a licence to work in the relevant regulated trade with all the privileges and responsibilities applied. The number of foreign applicants has been increasing steadily in recent years, a trend which was only halted during 2020/21 due to the COVID-19 pandemic.

On some occasions, after a refusal of recognition, either IDAN or Rafmennt will assist the applicant in revising the application. They may also assess the skills of the applicant by means of a practical test. This can lead to permission to pursue further VET studies, or, if successful in the test, to have their qualification recognised and receive a licence in the regulated trade in which the exam was taken – a licence which offers better career and learning prospects.

The process of recognition of qualifications acquired abroad is not always accessible to potential applicants, usually due to language barriers (they do not speak Icelandic or another Nordic or a largely spoken European language).

To make the process more appealing to end-users, the Ministry of Social Affairs and Labour has recently submitted a parliamentary resolution that intends to revise the procedure, making it more accessible to foreigners who want to work in regulated trades in Iceland.