Several recent activities designed to strengthen gender equality in Swedish education have been in progress. The Swedish National Agency for Education has proposed changes to the curricula – including the curriculum for upper secondary VET – and reported on projects intended to increase gender equality during work-based learning. Both the proposed changes and the report were presented in June 2019.

Curriculum changes were proposed in response to a government request to update education norms and values to promote gender equality and, in a broader sense, identity, relationships and sexuality. The changes were also intended to counteract sexism, sexual harassment, forced marriage and honour-related violence and oppression. These concepts are interlinked and are expected to reinforce one another. The proposed changes reflect better the terminology of the anti-discrimination legislation, which states seven grounds on which a person can be discriminated against (including gender, transgender, sexual identity). It is hoped that by learning about this issue, young men and women will develop awareness of their rights and know where to turn if they are discriminated against, targeted by unwanted intimacy or harassed in other ways. The proposed curriculum updates are to be implemented progressively, as course syllabuses are revised to include equality aspects in each specific educational content, where relevant. At the same time, school staff should adopt a norm-critical perspective, which can help staff and learners to see and change constraining structures and norms, rather than try to make individuals fit the mould.

Further, the National Agency for Education has been managing a project aimed at increasing gender equality in work-based learning in upper secondary VET in Åland/Finland, Iceland, Norway and Sweden, which ended in December 2018. The project was supported by the Nordic Council of Ministers’ gender equality fund. Despite efforts to counteract the gender bias in training that exists in many professions, leaving school early or changing career paths are still more common for those who have made untraditional choices in education. The project objective was to explore and disseminate best practices from education and activities from the world of work that may further advance gender equality in VET, particularly during work-based learning placements. The project has shown that there are many similar challenges on a structural level in the Nordic region. Activities that target gender equality tend to be symbolic in that they challenge norms and values in terms of how vocations are communicated, but there is room for improvement at individual and system levels. The project also made it clear that trainers in work placements play an important role in guaranteeing gender equality and should be further supported. The web-based education of trainers was updated with a section on workplace culture and values, which includes further information on discrimination and harassment.

Jämställdhet i apl, Norden [The report on equality in the Nordic countries] 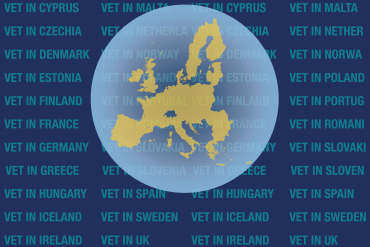