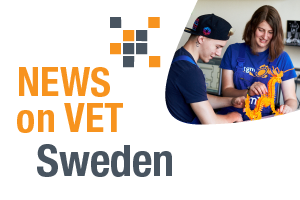 A new agreement was adopted to make the Swedish labour market more flexible; it includes significant funding for continuous professional development (CPD) and retraining for workers. ‘This is the largest labour market reform in modern times’, said Minister for Employment, Eva Nordmark when the proposals were presented in a press conference on 7 June 2021.

A distinctive feature of the Swedish labour market is that salaries and most importantly, working conditions are governed through collective agreements by social partners. The collective agreement model was established in 1938, and since its adoption, the Swedish Government has taken a more hands-off approach in labour market policies than most of its European counterparts.

A political majority and employer organisations have now identified a need to modernise the labour market structure. The Swedish labour market is currently characterised by a weak alignment between the skills needed on the labour market and the actual skills workers have, as also shown by the country’s high qualification mismatch in the European skills index. In response to this skill mismatch, policy-makers have agreed to reform the labour legislation and to provide significant retraining funds. A precondition for this is that social partners be able to reach new collective agreements that will make the labour market more flexible and adaptable to current needs for skill provision.

Measures to promote CPD and retraining

Following the adoption of a new agreement between the social partners in December 2020, the Government worked to review the employment protection legislation and to develop measures for the implementation of CPD and retraining programmes. The Government, backed by a broad political majority, proposed that study grants be awarded to individuals established in the labour market for CPD or retraining, corresponding to 80% of a person’s annual salary. Individuals can use the funds for CPD or retraining programmes to strengthen their position in the labour market. The proposal also includes increased opportunities for individuals in temporary positions to find permanent ones and retraining programmes for individuals who were laid off.

Even though the agreement makes it easier and less costly for employers to lay off staff, workers will also benefit from the reform, as it includes significant CPD and retraining funding for workers who have been employed for eight years or longer. The total cost for the fully developed retraining and CPD programme until 2026 is estimated to be SEK 11 billion per year, or approximately EUR 1.09 billion (as of 9 June 2021).

Government proposal on ‘Adjustment study support for flexibility, adaptability and security in the labor market (DS2021:18), published on 8 June by the Ministry of Education and Research