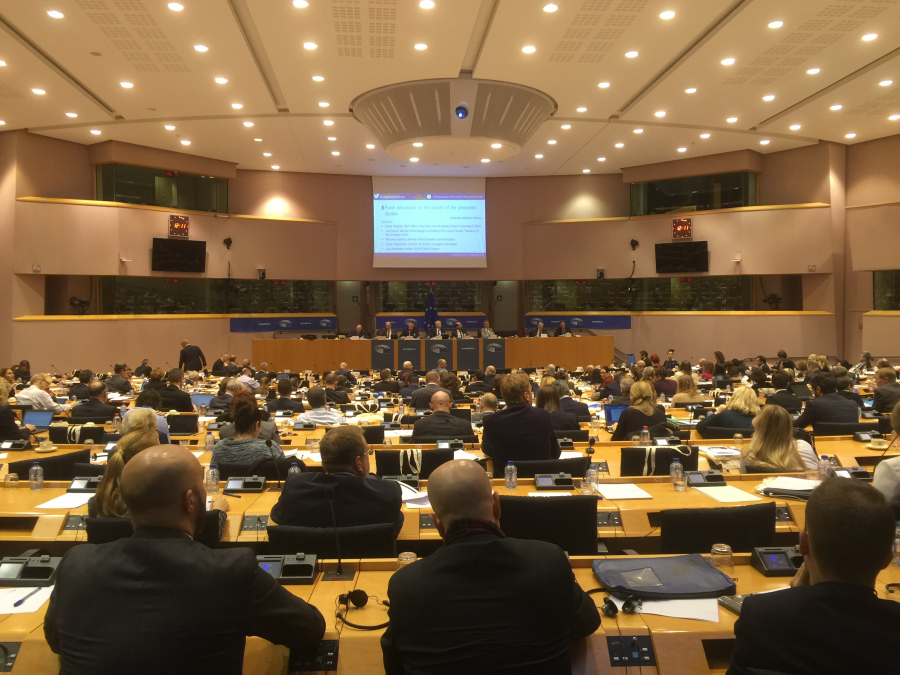 The 45 EU Agencies and Joint Undertakings make a vast contribution to the economic and political development of the European Union according to two new studies presented on 6 December during the EU Agencies Forum at the European Parliament.

The studies highlight that while the EU Agencies, including Cedefop, represent less than 0.8% of the EU’s annual budget their contribution has widespread impact at citizen, industry and policy levels.

Both were discussed on 6 and 7 December at the first EU Agencies Forum. European Parliament Vice-President Mairead McGuinness and European Commission Vice-President Kristalina Georgieva were speakers at the event.

António Campinos, Executive Director of the European Union Intellectual Property Office (EUIPO) which is currently Chair of the EU Agencies network, said: ‘The EU Agencies are the familiar face of the EU for many Europeans, delivering essential services on the ground for a relatively small proportion of the overall EU budget – less than 0.8%, to be exact. In other terms, they cost EUR 1.23 per EU citizen. The cost-benefit ratio is hence very positive, and as the EU Parliament study has shown, agencies save national administrations many millions every year, by delivering synergies and preventing duplication of efforts in each Member State.’

Agencies are cost-effective and save money

Overall, the EU Agencies’ 2015 budget represents less than 0.8% of the EU’s annual budget (about EUR 1.2 billion), while creating significant efficiencies and delivering value for EU citizens across a wide range of policy areas, according to a report by Deloitte. A second report, commissioned by the European Parliament, estimates that it would cost Member States up to EUR 200 million a year to assume the tasks currently done by just seven of the 45 agencies.

As well as supporting the top political priorities of the European Union, EU Agencies play an important role in many other aspects of the citizens’ everyday life: in disease prevention and control, security and defence, education and knowledge, stability of the financial systems, and in the fields of digital connectivity or transport, among others.

EU's 45 decentralised Agencies and Joint Undertakings closely interact and cooperate within the EU Agencies network, a pan-European network, set up by the Heads of EU Agencies, as a collective voice for the Agencies to coordinate, exchange information and agree common positions of shared interest.

For more details about the forum, see the agenda.