Netherlands: Poor literacy among teens on the rise

Low literacy rates are increasing in the Netherlands, despite policies by the Dutch Government to tackle the problem. Around two and a half million Dutch people currently have literacy and numeracy difficulties, according to the Court of Audit’s 2016 report Aanpak van laaggeletterdheid (Approach to illiteracy).

A recent report Preventie door interventie (ecbo, 2017) highlights the fact that the number of Dutch 15-year-olds with reading problems is increasing at an alarming rate. According to this report, commissioned by the Foundation for Reading and Writing, about one in six Dutch 15-year-olds, around 18 percent, cannot understand the subtitles on television screens and films or the content of letters from the municipality or their school. Five years ago, in 2012, the figure was 13.8 percent.

Foundation director Merel Heimens Visser has expressed her concern about this trend, quoted in the Dutch newspaper Algemeen Dagblad. Currently, one in ten of the 12-year olds (grade 8 in primary education) has trouble in reading and writing Dutch. In secondary education the figure increases to one in six of 15-year-olds. At VET level 2 the number is one in three.

‘The further in school careers, the more unpleasant the figures become’, Ms Visser told the newspaper.  The foundation calls 15-year-olds in particular a ‘forgotten group’. 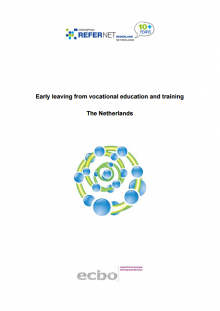