Part of this national campaign was the Generation apprenticeship competition, whose aim was to raise awareness and promote apprenticeships. It celebrated design and helped showcase the creative, team working and problem-solving skills of Irish apprentices. The purpose of the competition was to highlight the importance and value of apprenticeships as a route to skills development in 21st century Ireland.

Teams of apprentices were invited to design and produce a three-dimensional, six-foot (183 cm) high shape in the form of the letter ‘A’ (for apprenticeship). It was to be made out of the materials of the apprentice-teams’ own craft or industry: materials submitted included metal, stone, wood, electronics, piping, water, ceramics and culinary equipment. Each apprentice-team recorded video diaries of their work and posted updates on their progress via social media. The competition was won by a team of mechanical apprentices. Their entry used various tools of the mechanical engineering trade and incorporated a mini ecosystem which sustained a growing herb garden. The winning entry, along with a number of other finalists, was exhibited in the Arts Garden and the interior of the National College of Ireland, Dublin.

Generation apprenticeship was supported by the Department of Education and Skills, SOLAS (Further Education and Training Authority), as well the Construction Industry Federation (CIF) and the Electricity Supply Board (ESB), which are two major employers of apprentices in Ireland. 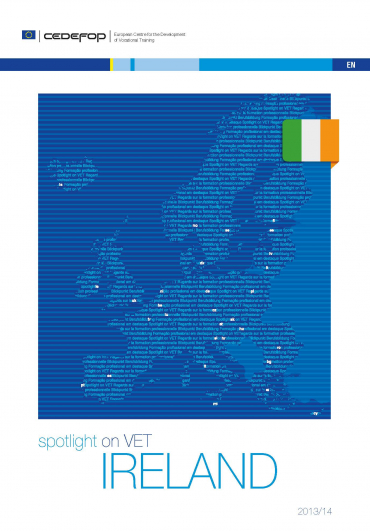