The European Commission adopted on 7 September 2007 a Communication on “e-Skills for the 21st Century: Fostering Competitiveness, Growth and Jobs” presenting a long term e-skills agenda and including five major action lines at EU level. The Competitiveness Council of Ministers adopted Conclusions on a long term e-skills strategy on 22-23 November 2007.
Its successful implementation is of great importance within the renewed Lisbon strategy and as a part of lifelong learning strategies and the Recommendation on key competences. This challenge will be discussed at the forthcoming European e-Skills 2008 Conference Implementing a long term e-skills strategy in Europe which will take place in Thessaloniki on 9-10 October 2008.

The conference is organised by the European Commission and the European Centre for the Development of Vocational Training (Cedefop) in partnership with the e-Skills Industry Leadership Board. It will bring together experts from government, ICT industry, social partners, academia and other stakeholders to discuss best practices, flagship projects and report on progress. Participation at the conference is free of charge but on invitation only. 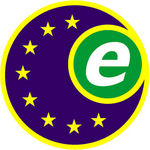