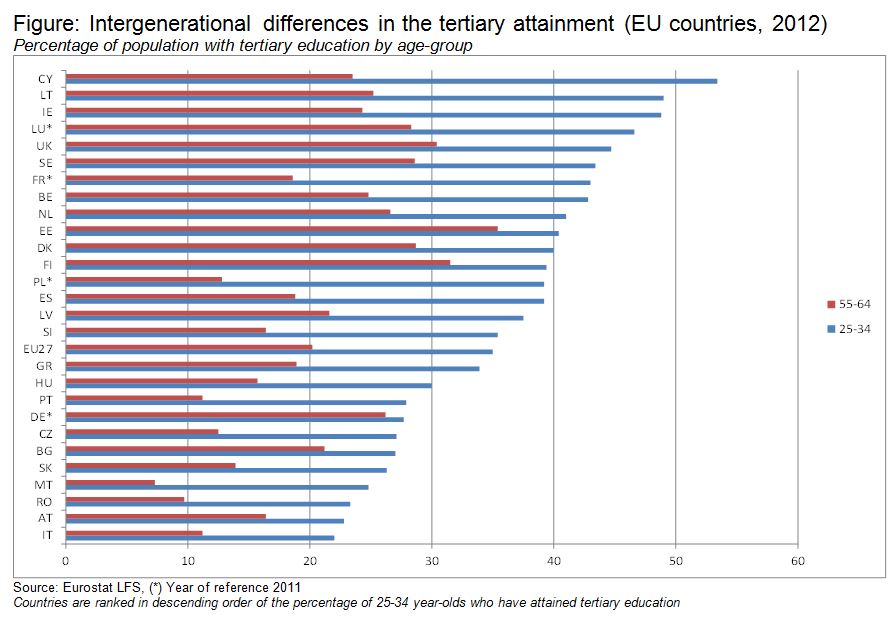 (5) Persons aged 18 to 24 fulfilling the following two conditions: first, the highest level of education attained is ISCED 0 or 1, or 2 or 3c short, and second, the respondents declared not having received any education or training in the four weeks preceding the survey (numerator). The denominator consists of the total population of the same age group (18-24), excluding no answers to the questions "highest level of education or training attained" and "participation to education and training". Both the numerators and the denominators come from the Labour Force Survey.