When Marty McFly returned back to the future…the clock rolled uncontrollably and eventually came to a halt – the date shown was 21 October 2015. Never could he have expected the ill fate awaiting his graduate son.

Cedefop research shows that 29% of the EU adult population suffers from qualification mismatches, mostly as overqualification. Cedefop expert @K_Pouliakas notes that 'about a quarter of tertiary education graduates work in jobs below their qualification level; this is a waste of public resources and a taint on the value of further education.'

Teenager Marty McFly was an aspiring young lad with high hopes of pursuing a promising career in the music industry. After studying for a degree at a respected university, and completing his internship at a good graduate training programme, he found a job at a firm that offered him a stable job with a good career track. The year was 1985.

One thundery night Marty got trapped in a time machine, built from a modified Delorean by his eccentric scientist friend 'Doc'. The machine was inadvertently activated – the clock rolled uncontrollably and eventually came to a halt – the date shown was 21 October 2015.

Marty awakened the next morning to find him sitting at the morning table with his future family. Next to him sat his young son, Jack, a spitting image of his father. Jack graduated from a respected university a few years ago with a degree in the humanities. Despite his intense efforts, Jack found himself to be trapped in a bad economy, with limited jobs available, unaware of alternative career options to pursue. He found what he originally thought to be a job of temporary duration as a salesman at a nearby retail store – that was five years ago.

Jack is one example of what is commonly referred to as an ‘overqualified’ graduate, a person employed in a job that needs lower qualifications (and usually skills) than his/her own. The most common understanding of skill mismatch is one of employers unable to fill vacancies despite high unemployment. However, skill mismatch is more pervasive. It is not only a problem for those looking for a job, but affects most of the workforce. It can hamper economic productivity and individual potential, especially when higher educated people are trapped in jobs without opportunities to continually develop and use their skills.

Qualification mismatches occur when the formal qualifications held by individuals deviate from those required to be able to be hired for and to perform a job.[i] With rising levels of education attainment in most EU countries - in line with the headline Europe 2020 target – and an economy characterised by anaemic job growth, the concern is that too many young people are now accepting jobs below their qualification level. Several studies that track individuals across time have confirmed that entry into the labour market during an economic recession breeds overqualification that can ‘scar’ young graduates for many years to come.[ii]

Finding a job that is a good match for one’s qualifications has become a particularly difficult endeavour in recent times. According to the Cedefop European skills and jobs (ESJ) survey[iii], 52% of EU adult employees who found their job after 2011 admitted to having few opportunities to land a job matched to their skills and qualifications; the figure for those who started their job prior to the 2008 economic crisis was 32%. As a result, about a fifth of younger EU workers (a quarter of those with tertiary degrees) are now overqualified for their jobs (Figure 1).

Figure 1: Average share of young adult employees (aged 24–35) with higher qualifications than needed to do their job (overqualified), 2014, EU28

Some workers have higher chances of being in a job that underutilises their education than others. Overqualification is higher for young workers and it affects mostly females, although gender differences are country-specific. Tertiary education graduates are predominantly affected, especially those who have studied certain fields, such as humanities, languages and arts, other social sciences but also business and law (Figure 2).

The economic crisis has taken its toll. ESJ data confirm that individuals who completed their highest level of education after 2008 have a significantly higher probability of being overqualified than older graduate cohorts. Returning back to the labour market after having spent (prolonged) time in unemployment or inactivity (because of childcare or illness) maximises one’s chances of being in a mismatched job – a worrying predicament for the currently high numbers of unemployed persons in the EU.

Overqualification is also more prominent in particular jobs. Individuals in non-standard contract jobs (part-time, informal or temporary agency contracts) and those employed in smaller-sized firms are more likely to see their education underutilised. The incidence of overqualification is higher for those employed in jobs of lower skill intensity, such as elementary occupations, service and market sales workers, plant and machine operators and assemblers.

Figure 2: Share of tertiary education graduates with higher qualifications than needed to do their job (overqualified) by field of study, 2014, EU28

1.3. Paying the price of skill underutilisation

When individuals find jobs beneath their qualification level they are paid less and are more dissatisfied, relative to individuals with the same education who are in matched jobs. The Cedefop ESJ data reveal that, on average, overqualified EU adult employees receive 22% lower gross hourly earnings than comparable workers in matched jobs; for tertiary graduates the overqualification wage penalty rises to 24% (Figure 3).

Understanding why overqualified individuals with the same credentials as other graduates receive lower pay is less than straightforward.

Economists agree that lower wages reflect inferior productivity in jobs, but it is difficult to disentangle whether this arises because the overqualified have lower skills and abilities than other tertiary graduates; or if they receive less training on and off their job; or because their everyday work tasks are routine and non-complex, posing a constraint on potential productivity.

Others believe that individuals temporarily find themselves in a mismatched job due to information gaps between job applicants and employers at the time of hiring; or that individuals deliberately select such jobs because of particular amenities or job attributes (the location of the job, work-life balance considerations, job security) that compensate for lower wages received.[iv]

The richness of Cedefop’s ESJ data allows us to put the theories to the test. It is possible to decompose the difference in wages between overqualified and matched workers and understand the underlying reasons for the lower pay of the former (Figure 4).

Focusing on higher education graduates, who are affected the most by overqualification, it is clear that the overqualified and matched groups diverge in terms of their human capital characteristics and this accounts for a significant part of their wage gap.

The overqualified receive lower wages as they are mostly of younger age and have spent fewer years with their employer improving their skills. They also lack opportunity for continued skill accumulation as they receive less job-related training. They are more likely to have been unemployed prior to accepting their current job. Studying for a degree in Engineering or Education science leads to higher wages, in contrast to a major in Humanities, yet the overqualified are more likely to have graduated from the latter.

The overqualified are also typically employed in small-sized workplaces in the private sector. To perform their jobs, basic literacy and ICT skills suffice, while they are less in need of other higher-level generic skills. Together the characteristics and the skill intensity of graduates’ jobs account for an equal share of the pay gap between matched and overqualified employees.

The labour market intelligence tertiary graduates have at the time they select their jobs can also weigh heavily on their chances of receiving less pay. When selecting their job, the overqualified are less likely to have been motivated by information of its suitability with their qualifications and skills or by knowledge of the job’s labour market prospects (e.g. salary, fringe benefits, career prospects). Instead, the main drivers for choosing their jobs were proximity to their home or the promise of job security.

Finally, the circumstances affecting tertiary graduates at the time of their job hunting affect their chances of accepting a mismatched job, though to a smaller degree. Prior to accepting their current job, the overqualified faced greater personal constraints and were more likely to have moved to a completely different occupation than the one they previously had (presumably due to greater need to quickly find an alternative job than to remain without one).

Even with this rich set of factors taken into consideration by the ESJ survey, a large part (52%) of the wage discrepancy between overqualified and matched workers cannot be explained. Other individual or job characteristics, not considered in the analysis, are important. It is also the case that the overqualified receive smaller rewards in the labour market, even if they possess the same characteristics with workers in matched jobs – a sign of discrimination against them.

Not all workers who accept a job that does not match their qualification are unfit for their jobs nor do they lack the need for continuing skill development. As the ESJ data show, four of 10 overqualified workers still admit to having considerable scope to improve their skills so as to become fully proficient in their jobs. Enterprises that hire overqualified workers are also expected to enjoy positive productivity gains from the extra creativity and innovation that the overqualified may bring to their jobs, relative to their lesser educated co-workers.[v]

Nevertheless, the majority of the overqualified remain in dead-end jobs, with limited opportunities to continue to improve their skills or to progress in their careers. While 31% of those in jobs matched to their qualifications were promoted since the time they started their job, only 22% of the overqualified have done so, according to the survey data.

From this analysis it is clear that only multifaceted policy solutions can mitigate overqualification. Some overqualified workers will eventually progress with age towards more suitable workplaces, but to avoid the continued underuse of their skills from becoming entrenched, employers and policy-makers should seek for ways to improve workplace innovation and job quality. Innovative stimuli for learning are required, since standard training instruments may be less effective for such workers, who already possess a high level of technical expertise relative to co-workers. Incentives for labour market mobility have to lead to jobs with upward potential and assist individuals who may be forced to move occupation or location under distress, with targeted VET, housing and social policies. And what the ESJ survey makes clear is that there is significant value in the continued dissemination of labour market intelligence to students and their parents in order to better inform education and training, as well as career choices.

Cedefop (2015), Skills, qualifications and jobs in the EU: the making of a perfect match? Cedefop reference series report, forthcoming; First insights from Cedefop’s European skills and jobs survey can be downloaded here. 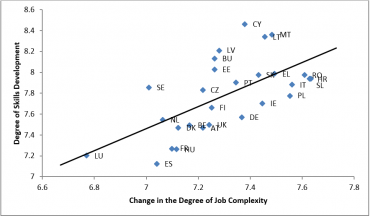 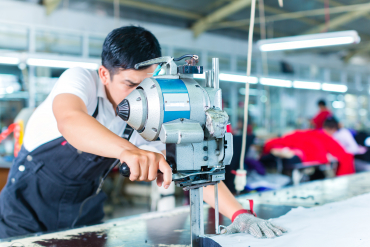 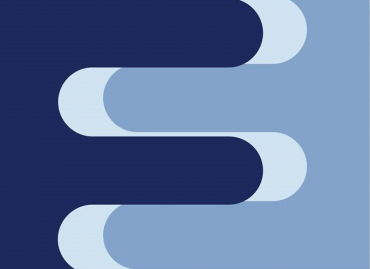 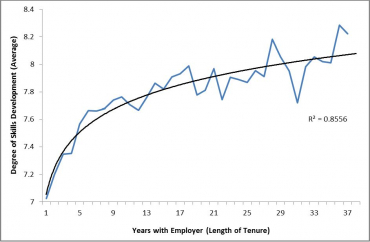 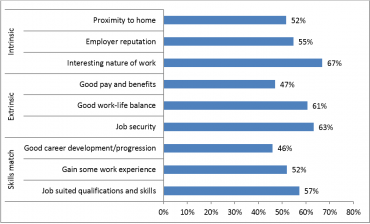 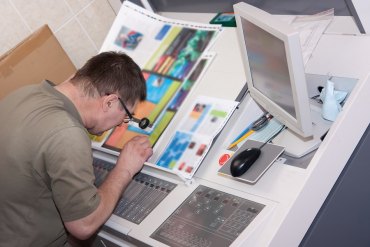 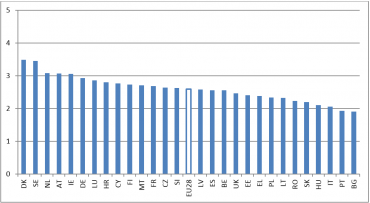 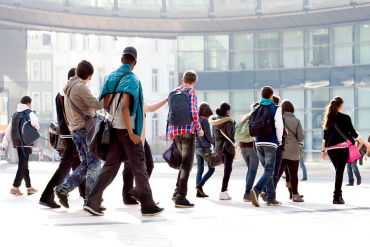 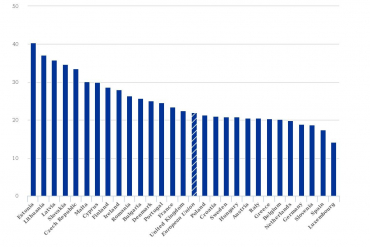 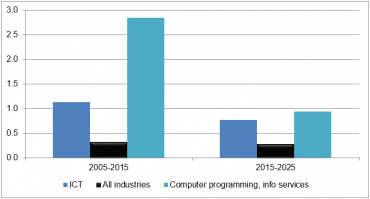 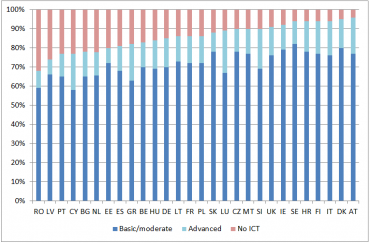 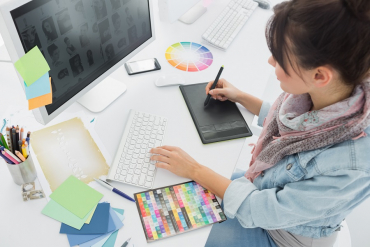