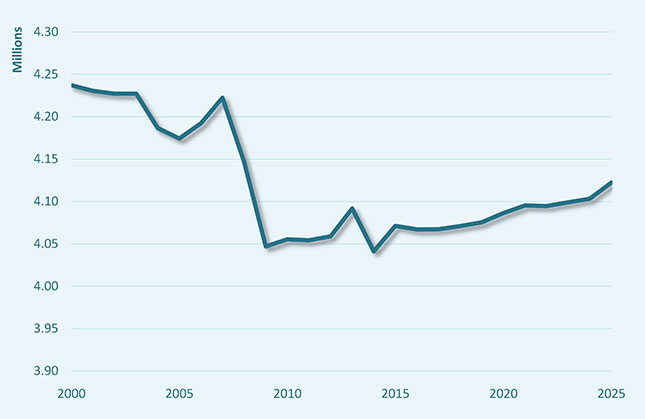 The economic crisis reduced employment mainly in construction and manufacturing, but also in the primary sector between 2008 and 2013 (Figure 2). However, employment in business and other services and non-marketed (mainly public sector) services increased over the same period. Most future job growth in Hungary to 2025 will continue to be in business and other services and non-marketed services. Employment in the primary and manufacturing sectors is forecast to fall, but jobs in the distribution and transport sector should remain broadly stable. 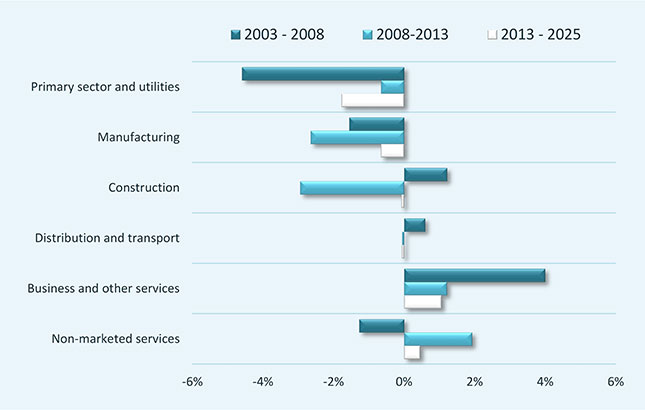 In Hungary, most job opportunities, around 26%, will be for professionals (high level occupations in science, engineering healthcare, business and teaching), followed by around 16% for elementary occupations (Figure 3).

Figure 3 Distribution of total job opportunities by occupation, 2013-2025, Hungary and the EU (%) 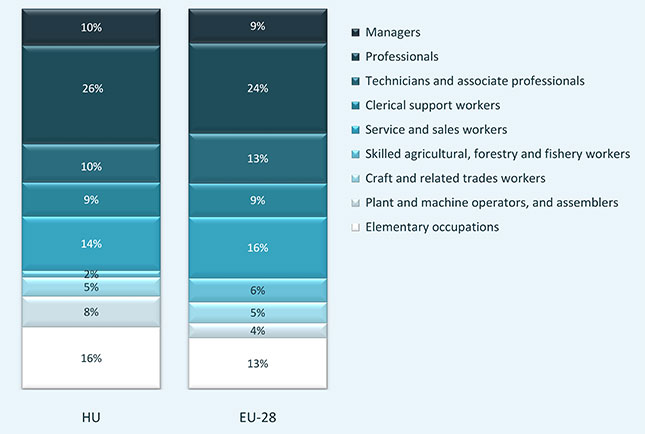 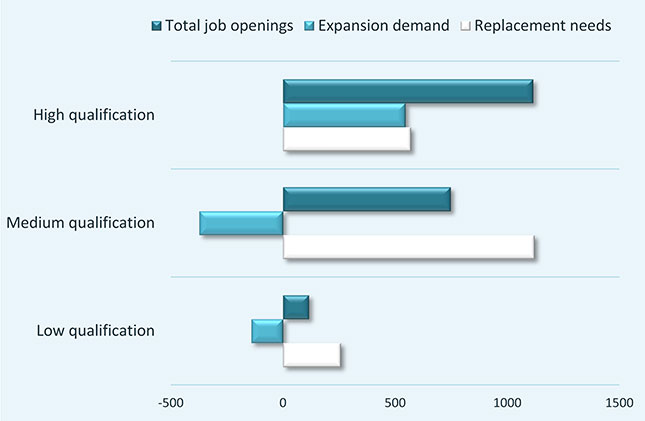 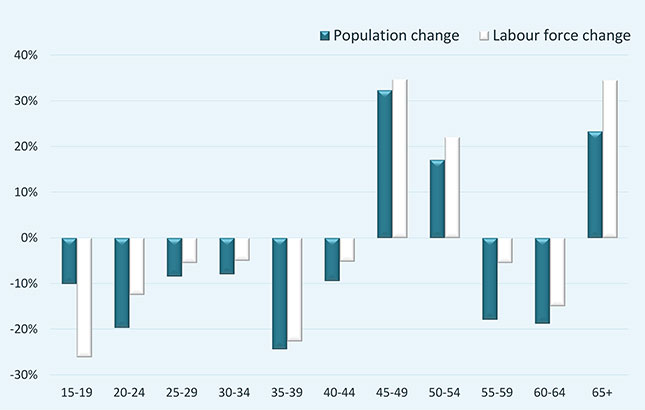 Hungary’s labour force is becoming more highly qualified (Figure 6). This can be explained by older less qualified people leaving the labour market and young people staying on longer in education and training to improve their job prospects. By 2025, the share of Hungary’s labour force with high-level qualifications will rise from about 30% in 2013 to around 42%. People with medium-level qualifications will account for around 48% of the work-force in 2025, compared to 57% in 2013. The share of people with low-level or no qualifications is forecast to fall from 13.5% in 2013 to just under 10% in 2025. 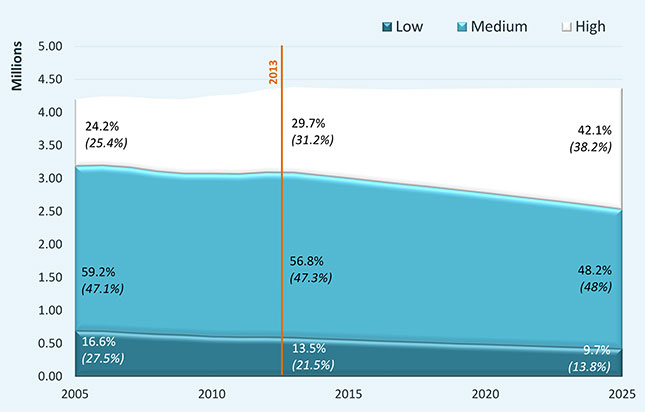 He considers as important to note that the recent increase in employment growth in Hungary is largely due to the extensive workfare programs. Those unemployed who participate in these workfare programs are counted as employed. He expressed also some concerns about Cedefop’s proportion of high-qualified people in the labour force which he considers as rather overestimated compared to national projections. However the national forecast focusses on the whole population and while Cedefop’s one brings results on the labour force (only a subset of population). Therefore the actual differences might not be so significant. Hungarian forecast assumes also for slower rates in acquiring high level education.