The National Institute of Adult Continuing Education (NIACE) has assembled a toolkit aimed at helping employers take on apprentices with disabilities.

The government is introducing a new school and college performance measure for 16 to 19 year-olds which will recognise the highest level of technical training in England. This will be known as the technical baccalaureate (or TechBacc) measure. 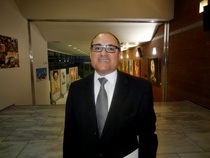 In an interview with the Spanish daily, published on 20 April, Cedefop Director James Calleja said that vocational education and training (VET) in Spain needs to be closer to labour market needs.

Mergers are starting to feature in the Scottish further education college landscape. It is planned that the number of colleges in Scotland will be reduced from the current number of 42, and the remaining colleges will be structured within 12 regional clusters through further mergers and regional partnerships.

The role of vocational education and training and its contribution to the lifelong learning agenda has pre-occupied the United Kingdom Government for some time now. Following this year's review of VET in England by Professor Alison Wolf, the Department for Education published its response in May 2011, accepting Professor Wolf's recommendations for reforms to the current system in England.

24/10/2011
Green skills and environmental awareness – how will it affect jobs and vocational education and training?
Type:
Articles

In recent years, Cedefop has been investigating the skills and training needs generated by the development of the green economy. Now, a workshop held in London on 5 October 2011 has validated the first results of a study of the current and future skills and training needs of nine selected occupations affected by the development of a more resource-efficient economy.