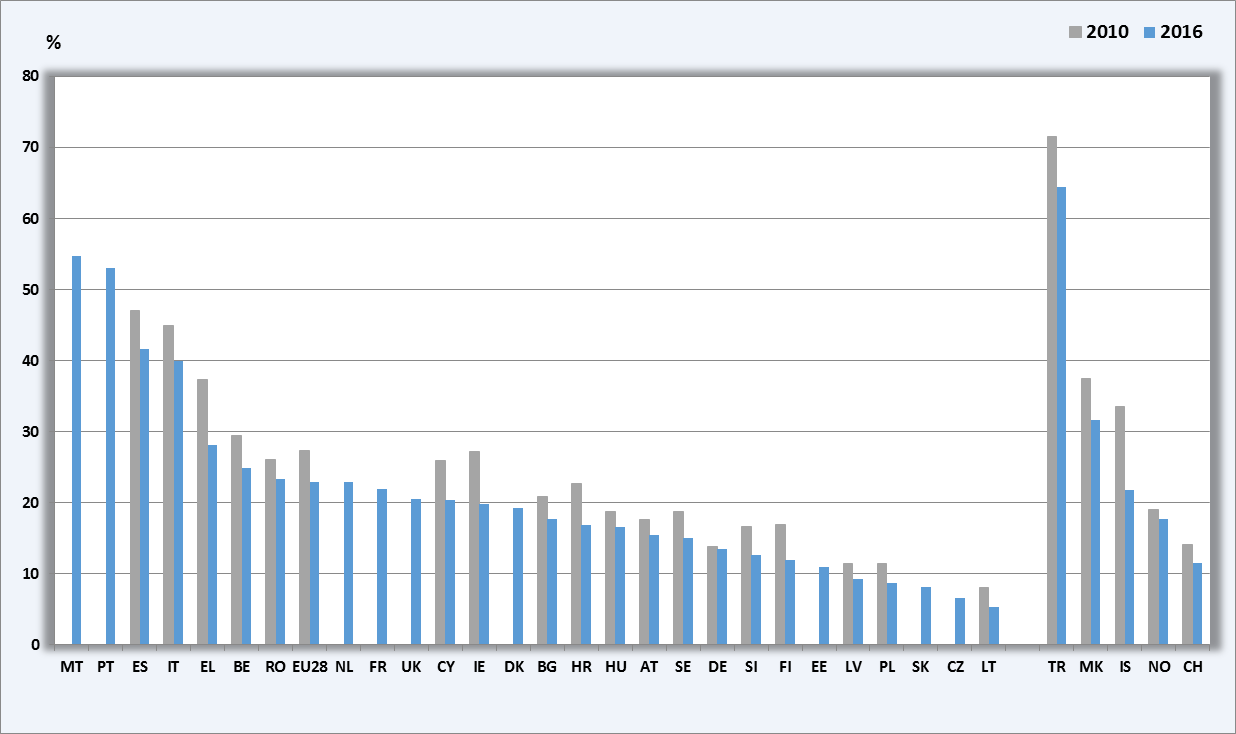 Education attainment, measured by qualifications obtained, is an important factor determining, amongst other things, both the chances of being in employment and wage levels.

The indicator reported here is defined as the share of adults (aged 25-64) with low education (i.e. at most a lower secondary qualification, ISCED 2 or below).

Between 2010 and 2016 the EU percentage of adults (25-64) with low education attainment fell by 4.3 percentage points. This positive trend was observed in all EU Member States.

Among the non-EU countries for which data are available, Turkey (at 64.4% in 2016) had a high share of low-educated adults, higher than any of the EU Member States. 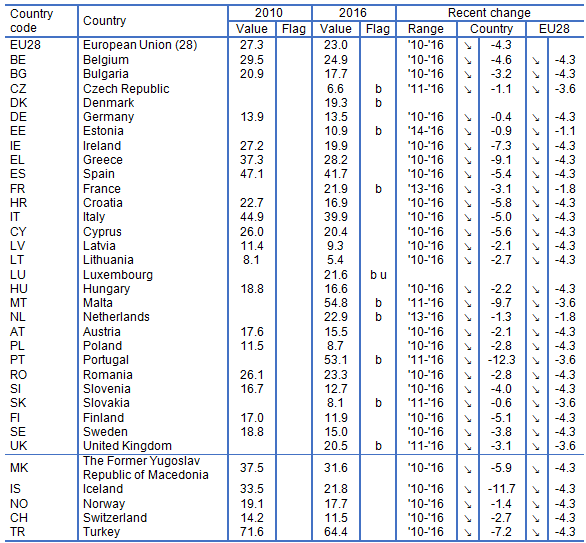