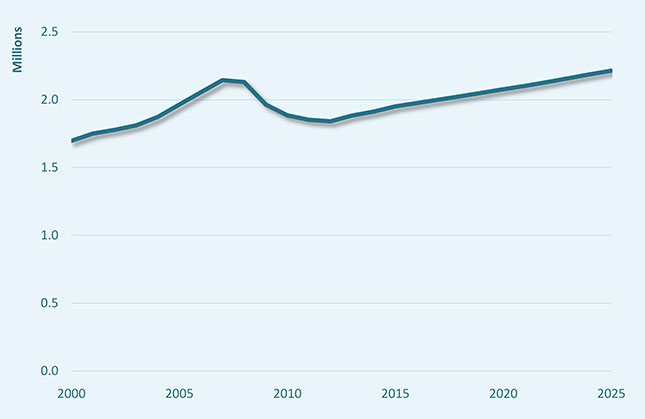 The economic crisis reduced employment in almost all sectors, with most job losses being in construction between 2008 and 2013 (Figure 2). However, employment in non-marketed (mainly in public sector) services increased over the same period. Most future job growth in Ireland up to 2025 will be construction, the distribution and transport sector and business and other services. Employment should be broadly stable in the primary and manufacturing sectors and in non-marketed services and the distribution and transport sector. 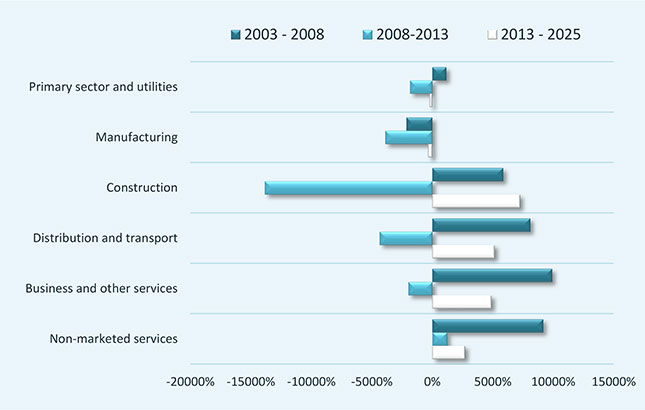 In Ireland, most job opportunities, around 19%, will be for professionals (high level occupations in science, engineering healthcare, business and teaching), followed by around 15% for both service and sales workers and elementary occupations (Figure 3). The share of employment opportunities for craft and related workers in Ireland, around 12% is well above the EU averages of 5% for this occupational group (Figure 3).

Figure 3 Distribution of total job opportunities by occupation, 2013-2025, Ireland and the EU (%) 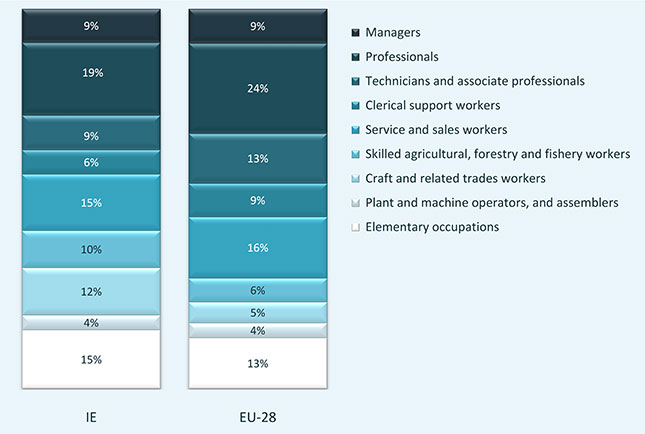 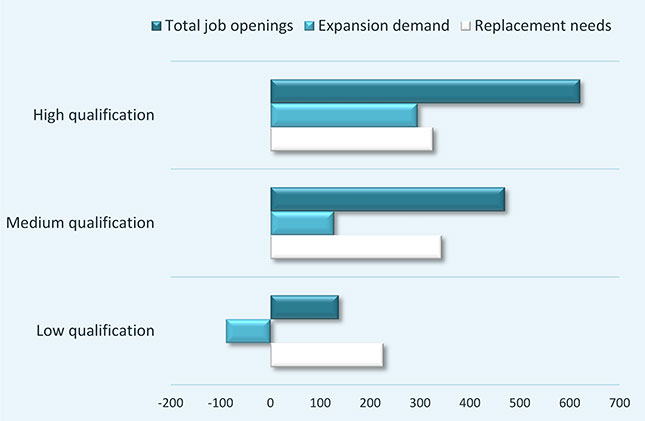 Eurostat’s latest population projection (Europop 2013) for Ireland reflects the current trends in fertility rates and net migration flows. Ireland’s working-age population is forecast to grow by about 2% between now and 2025. Labour market participation in Ireland is forecast to fall from 60% in 2013 to around 55% in 2025, close to the EU forecast average of 55.5%.

Following the EU demographic trend, Ireland’s population is getting older (Figure 5). Population growth is projected mainly in the age groups over 45 years, while all other age groups, except those aged between 15 and 24 are forecast to decline. 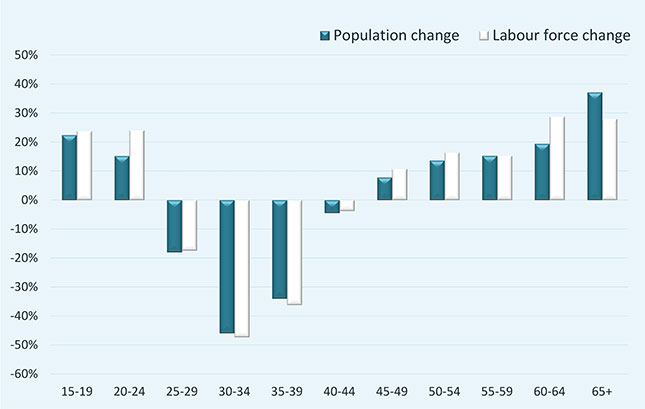 Although older and smaller, Ireland’s labour force is becoming more highly qualified (Figure 6). This can be explained by older less qualified people leaving the labour market and young people staying on longer in education and training to improve their job prospects. By 2025, the share of those with high-level qualifications in labour force is projected to rise to around 40% compared to slightly less than 42% in 2013 and 31.5% in 2005. The share of people with medium-level qualifications in 2025 will be slightly lower than 39%, nearly the same as in 2013. The share with low-level or no qualifications is forecast to fall from 19.7% in 2013 to around 12% in 2025. 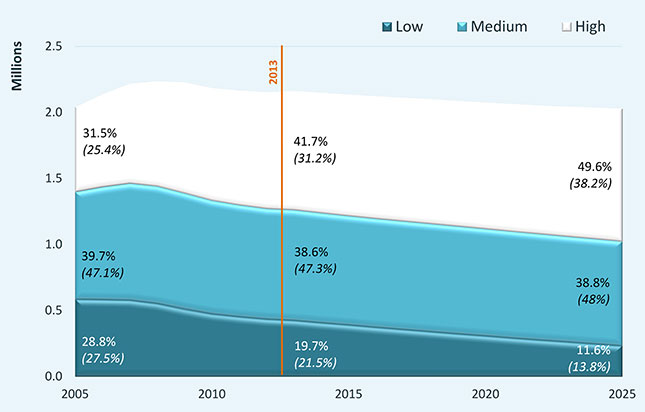 In Ireland, in 2013, around 8.4% of young people left the education and training system with a low-level qualification, close to the national target of reducing this to 8% by 2020 and reaching the national and EU benchmark of less than 10%. In the EU, the average, in 2013, was 11.9%.

National forecasts see stronger growth in construction, the distribution and transport sector and business services. This is offset, to some extent by national forecasts predicting a stronger decline of the agriculture sector.