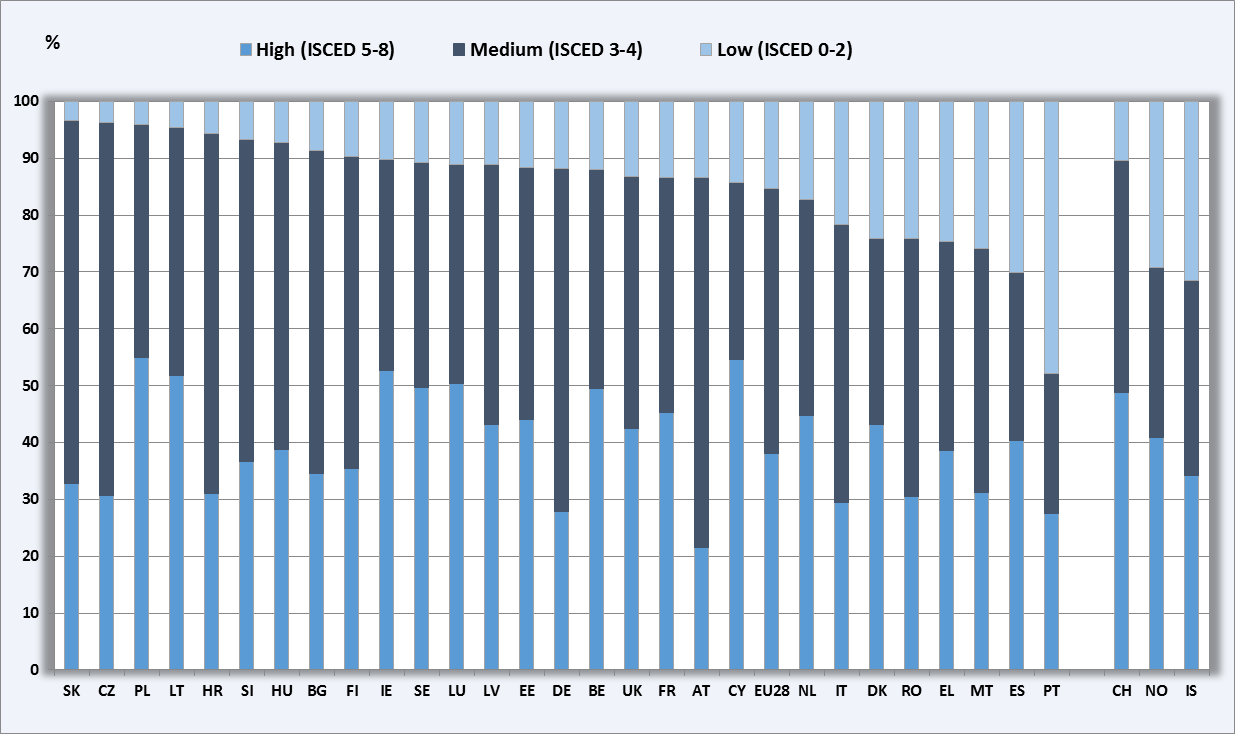 To make informed judgments about where to make investments in their education and training, people need indicators on how the demand for qualifications is likely to develop in the future.

In almost all countries, a share of 75% or more of total employment will be accounted for by those with medium- or high-level qualifications. Among the EU Member States, the share is projected to be lower than 75% only in Malta (74.1%), Spain (69.8%), and Portugal (52.1%).

Among the non-EU countries for which projections are available, the share of total employment that will be accounted for by those with medium- or high-level qualifications in Switzerland is higher (at 89.7%) than the EU average. In Norway (at 70.8%) and in Iceland (at 68.5%) it is well below 75%.

Table 36: Projected employment of those with medium/high-level qualifications (% of total employment), 2025 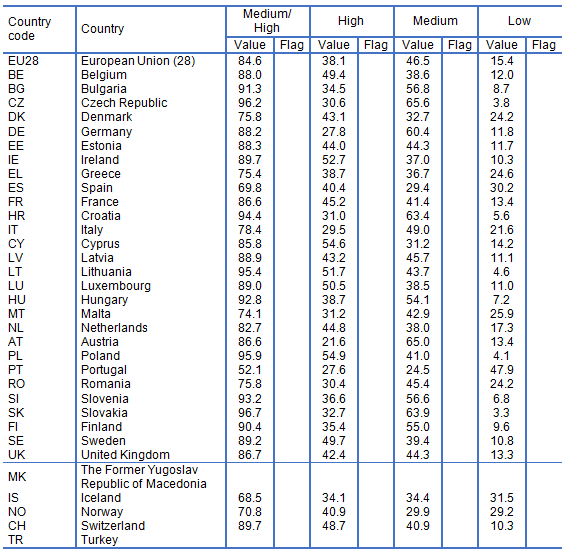