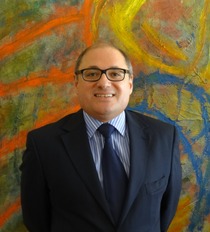 James Calleja was selected by the European Commission as new Director of Cedefop. Mr Calleja has been involved in vocational training since 2001 and is currently Permanent Secretary of the Ministry of Education and Employment in his native Malta. He has also served as Chief Executive of the Malta Qualifications Council (2005-10) and the National Commission for Higher Education (2009-10).

Mr Calleja is a graduate of the Universities of Malta, Padua (Italy) and Bradford (UK), where he obtained his PhD from the Department of Peace Studies, Political Philosophy and Education. In 2001, he was appointed Administrative Director of the Malta College of Arts, Science and Technology and in 2004, he moved to the European Training Foundation as Administrator.

A prolific writer, Mr Calleja has published books and articles and has edited various publications. He is the co-author of the Malta Referencing Report of the Malta qualifications framework to the EQF and the QF-EHEA. He has chaired, participated in and presented several papers at international seminars, conferences and workshops and conducted training in various countries in Europe, North America, South-East Asia, Australia, South Africa, the Middle East and the Mediterranean region.

Full text of the press release