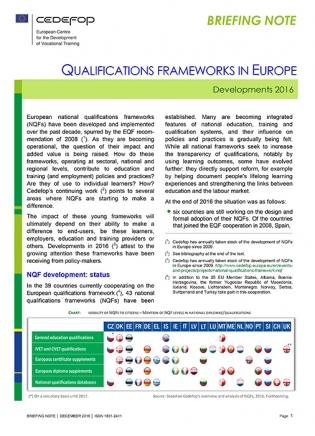 As national qualifications frameworks (NQFs) are taking shape, their benefits become visible across the European Union.

After developing and progressively introducing NQFs, European countries are starting to assess their experiences, and the multiple roles and benefits of the frameworks are gradually emerging:

Ultimately however, the NQFs’ impact will depend on their ability to make a difference to end-users, be theses learners, employers, or education and training providers.