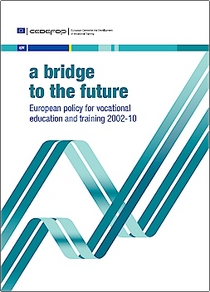 Eight years of voluntary cooperation between countries, social partners and the European Commission have resulted in significant achievements. Common European concepts and tools, such as Europass and the EQF, have helped to improve the transparency of qualifications and citizens’ mobility. But their potential has yet to be fully realised. In addition, countries need to make more progress on adult education and guidance if citizens are to see the benefits of European cooperation.

The policy report was officially launched during the informal meeting of the Council of Ministers for Education and Training, which took place in Bruges, Belgium, on 7 December 2010.