Lithuania: Forecast highlights up to 2025 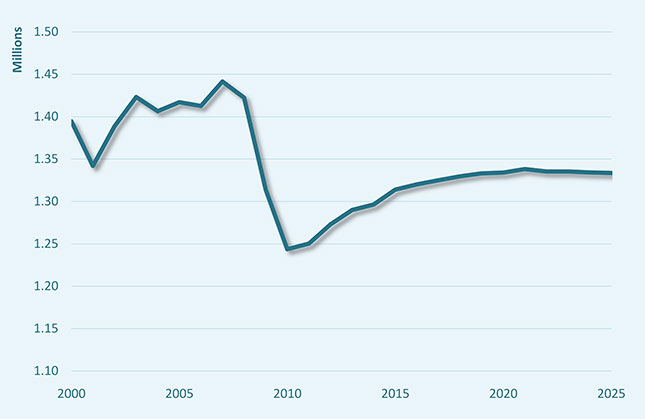 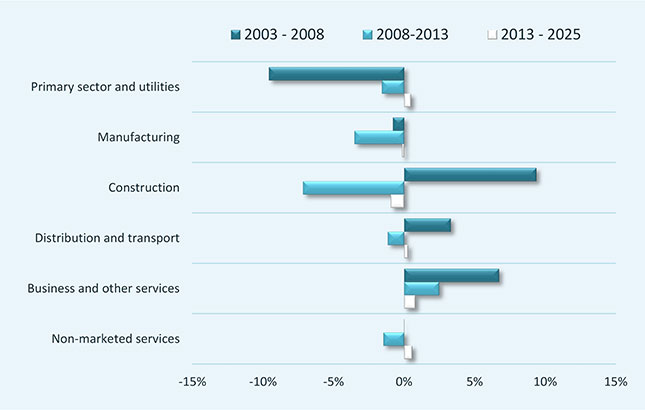 In Lithuania, most job opportunities, around 27%, will be for professionals (high level occupations in science, engineering healthcare, business and teaching), followed by around 20% for technicians and associate professionals (occupations applying scientific or artistic concepts, operational methods and regulations in engineering, healthcare, business and the public sector) (Figure 3). The proportion of job opportunities for craft and related trades workers, in Lithuania, around 12%, is significantly higher than the 5% forecast for the EU as a whole. 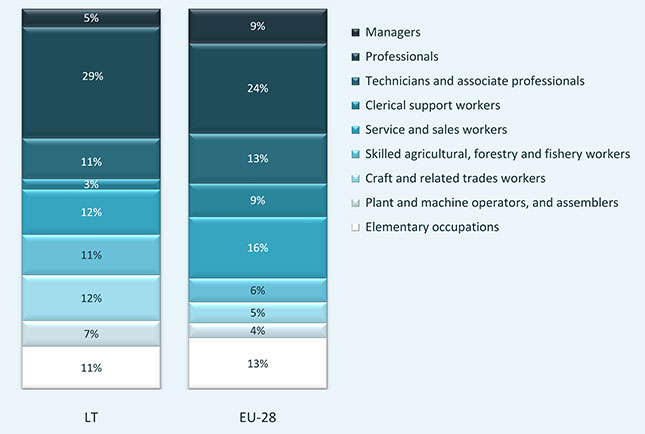 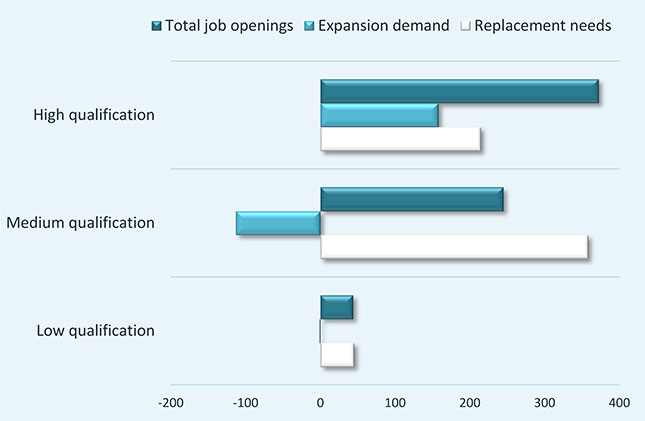 Eurostat’s latest population forecast (Europop 2013) for Lithuania reflects the current trends in fertility rates and net migration flows. Lithuania’s working-age population is projected to fall by more than 19% between now and 2025. Labour market participation is forecast to fall from 58% in 2013 to 56% in 2025, but still remain above the EU forecast average of 55.5%.

Following the EU demographic trend, Lithuania’s population is getting older (Figure 5). All age groups, except those aged over 60 are forecast to decline. 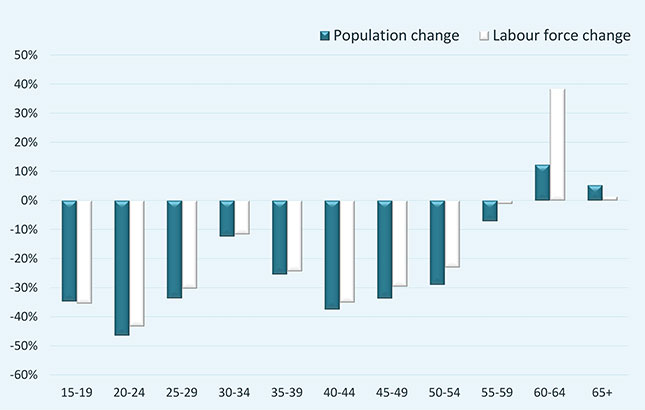 Although older and smaller, Lithuania’s labour force is becoming more highly qualified (Figure 6). This is explained by older less-qualified people leaving and younger more highly-educated people entering the labour market. By 2025, the share of Lithuania’s labour force with high-level qualifications should rise to 53.9% compared to 42.4% in 2013 and 30.6% in 2005. People with medium-level qualifications in 2025 will account for 40.3% of the labour force compared to 51.5% in 2013. The share with low-level or no qualifications is forecast to fall from 6.1% to 5.8% in 2025.

According to Cedefop’s forecasts, by 2020, in Lithuania around 68% of 30 to 34 year olds will have high level qualifications. This is significantly above the EU’s educational attainment benchmark of 40% by 2020. On current trends around three quarters of 30 to 34 year olds in Lithuania will have high-level qualifications by 2025. 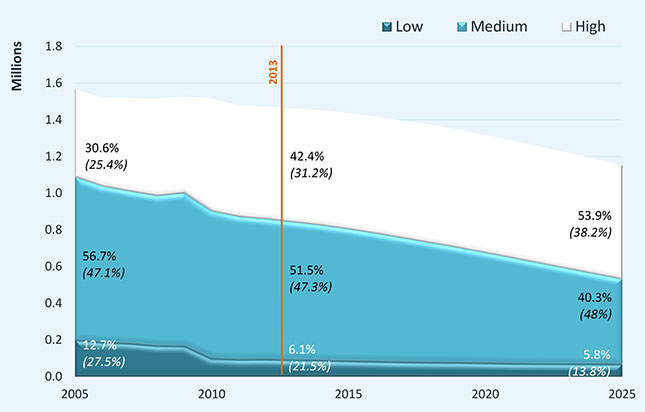 In 2013, in Lithuania, 6.3% of young people left the education and training system with a low-level qualification, meeting the national target of reducing this to less than 9% by 2020. In the EU, the average, in 2013, was 11.9%, still higher than its benchmark of less than 10 % of young people leaving the education and training system with low-level qualifications by 2020.

They add that according to the pessimistic scenario of national projections (Population projections 2005-30, Vilnius 2004, Statistics Lithuania; http://osp.stat.gov.lt/services-portlet/pub-edition-file?id=5665) Lithuania’s population in 2030 will be 16% less than in 2005. The discrepancy is most likely due to different assumptions on fertility rates, life expectancy and emigration.

There are also slight differences between the European Commission’s macroeconomic forecast and the national forecast which foresees slightly lower GDP growth (2.5% in 2015 and 3.2% in 2016). The key difference is in the impact of the external challenges (such as Russian sanctions), which are difficult to predict and add uncertainty in the longer term forecasts.