Latvia: Forecast highlights up to 2025 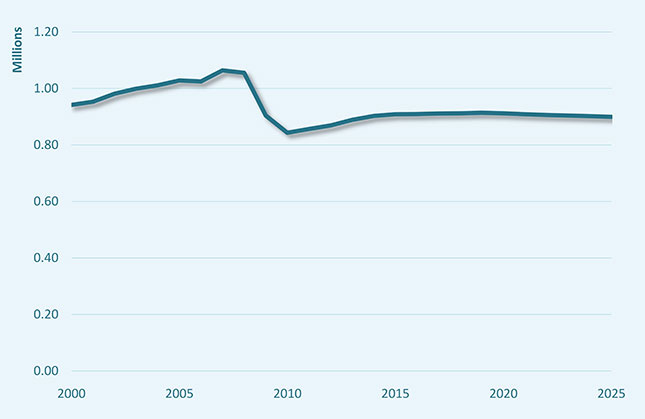 The economic crisis reduced employment in all sectors, notably construction and manufacturing between 2008 and 2013 (Figure 2). Future employment growth in Latvia up to 2025 will be in manufacturing, construction, distribution and transport, and business and other services. Employment in the primary sector is forecast to continue to fall but at a slower rate. 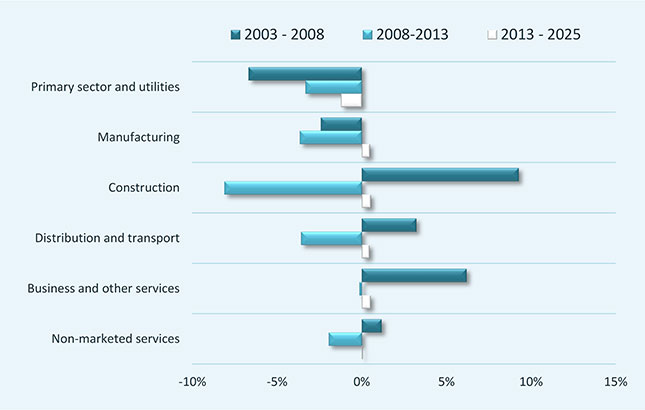 In Latvia, most job opportunities, around 28%, will be for professionals (high level occupations in science, engineering healthcare, business and teaching), followed by around 18% for service and sales workers (Figure 3). The proportion of job opportunities for craft and related trades workers, in Latvia around 12%, is significantly higher than the 5% forecast for the EU as a whole.

Figure 3 Distribution of total job opportunities by occupation, 2013-25, Latvia and the EU (%) 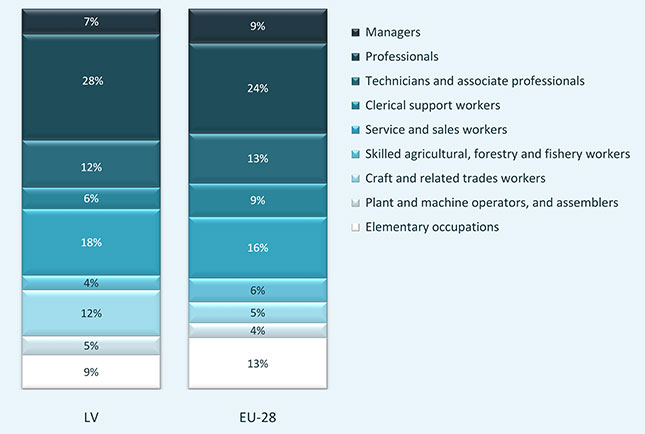 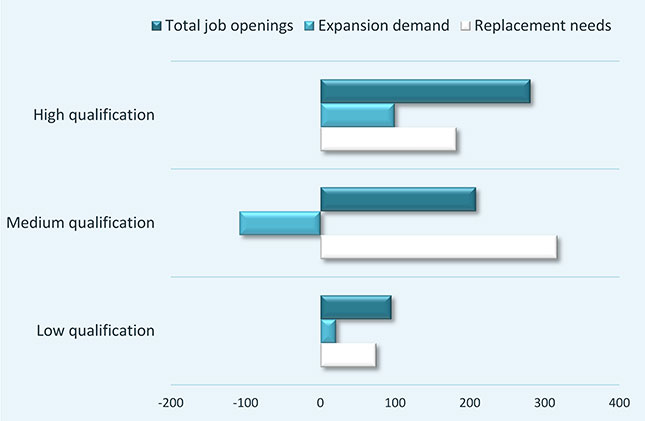 Eurostat’s latest population forecast (Europop 2013) for Latvia reflects the current trends in fertility rates and net migration flows. Latvia’s working-age population is projected to fall by about 14% between now and 2025. However, labour market participation is forecast to rise from 58.6% in 2013 to 59.3% in 2025, above the EU forecast average of 55.5%.

Following the EU demographic trend, Latvia’s population is getting older (Figure 5). All age groups, except those aged over 60 are forecast to decline. 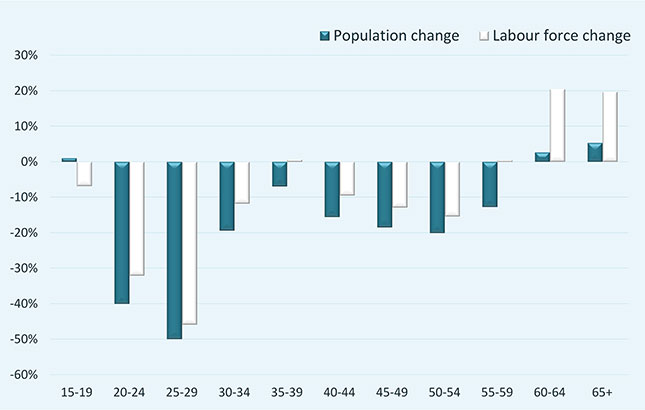 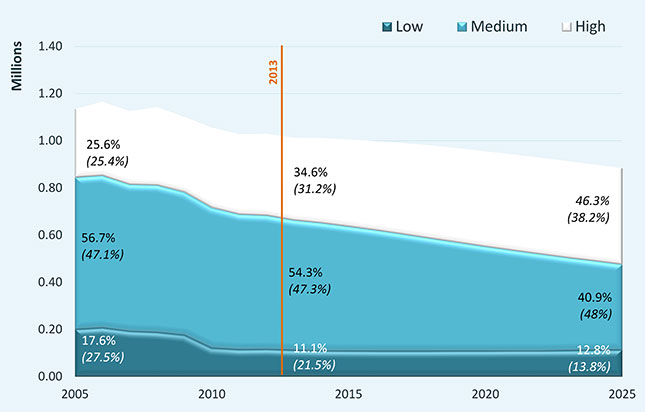 In 2013, in Latvia, 9.8% of young people left the education and training system with a low-level qualification, meeting the national target of reducing this to less than 13.4% by 2020. In the EU, the average, in 2013, was 11.9%, still higher than its benchmark of less than 10 % of young people leaving the education and training system with low-level qualifications by 2020.

Cedefop’s forecasts and their assumptions are regularly discussed with national experts, Normunds Ozols, Head of Economic Development and Labour Market Forecasting Unit at the Ministry of Economics of the Republic of Latvia considers the forecasts’ underlying assumptions and results plausible.

However, he adds that the Europop 2013 population projection assumptions, particularly those for net migration are pessimistic compared to national projections that show a slower population decline. This is reflected in the more rapid fall in unemployment that Cedefop forecasts in the coming years than foreseen by national forecasts. The European Commissions’ macroeconomic forecasts are seen as broadly in line with national ones.