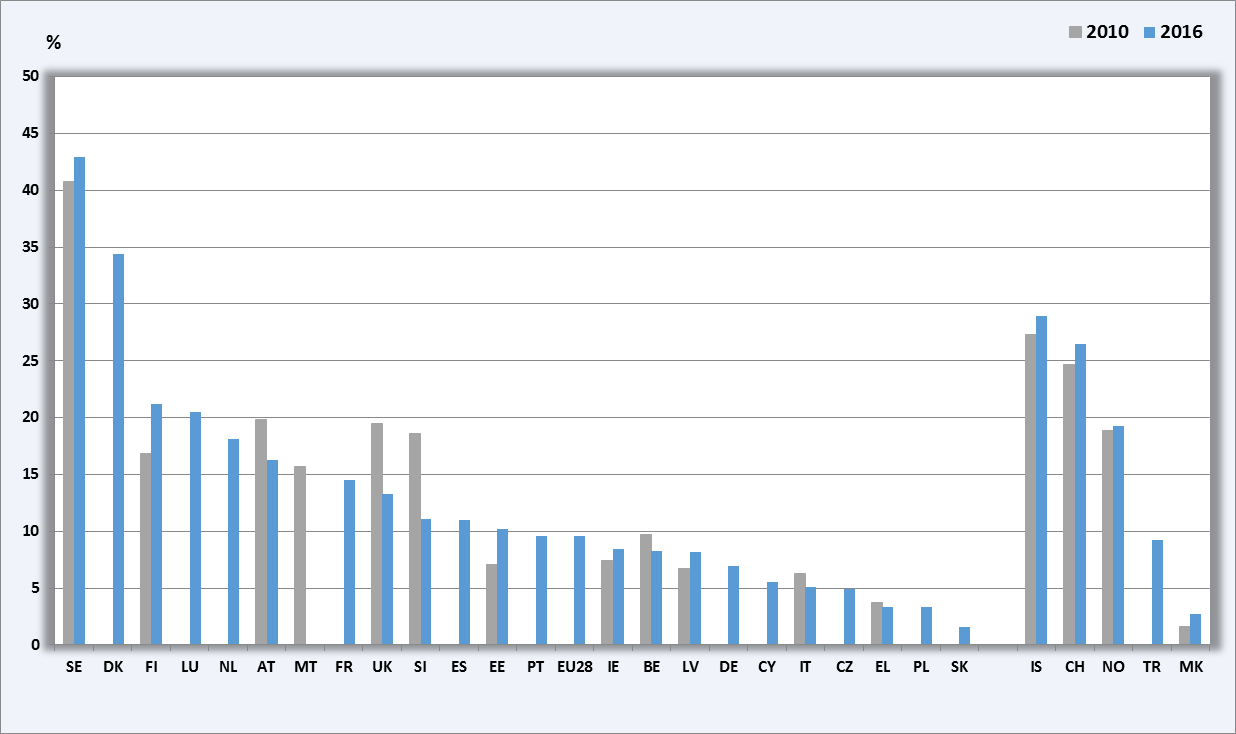 Participation in education and training is particularly important to maintain or increase the employability of jobless adults.

The indicator below is defined as the percentage of unemployed adults aged 25-64 who participated in education and training (lifelong learning) in the four weeks preceding the survey.

In 2016, on average, 9.6% of unemployed adults in the EU reported that they had been in receipt of lifelong learning. This is slightly below the average percentage for all adults, unemployed or not (10.8%). Between 2013 and 2016, the participation rate for the unemployed has decreased by 0.7 percentage points. 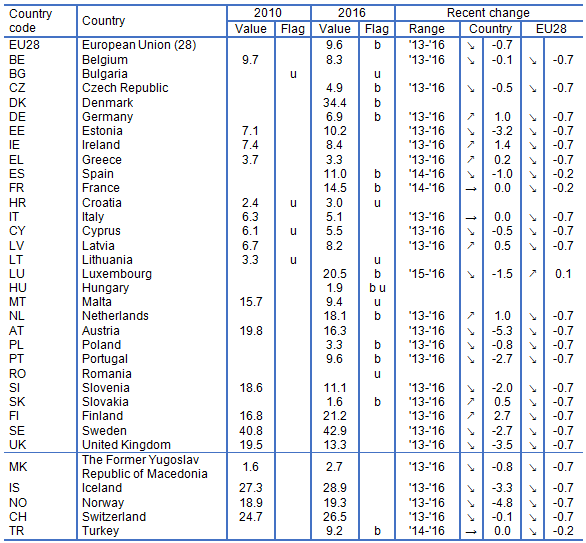