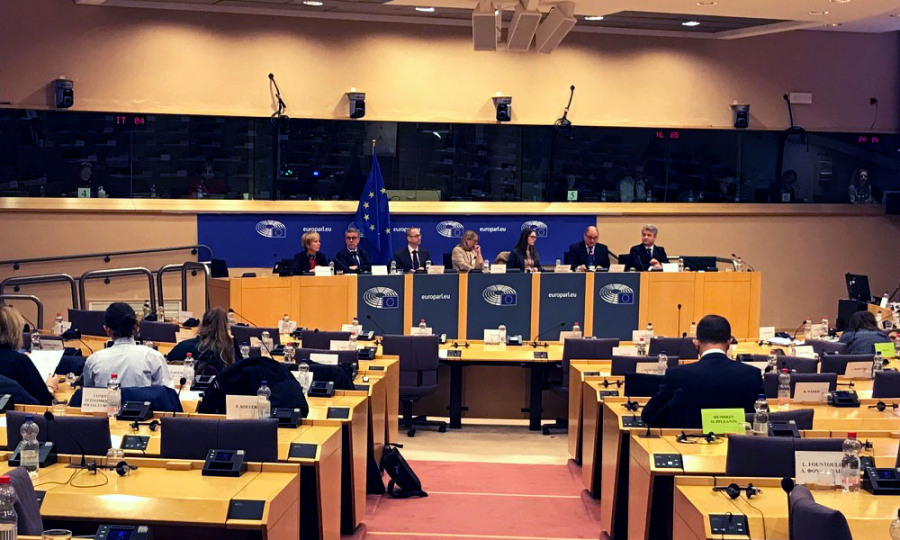 Cedefop Director James Calleja presented the achievements and future work of the agency in an exchange of views at the European Parliament in Brussels with the Committee on Employment and Social Affairs and the directors of the European Training Foundation, EU-OSHA and Eurofound on 21 February.

His emphasis on efficiency gains and shared resources met with support from MEPs.

Speaking about Cedefop’s priorities for 2018, Mr Calleja referred to two ongoing research projects: on the changing role and nature of vocational education and training (VET), which is feeding into European Commission's focus on VET's future, and on digitalisation and the future of work. He said that the two projects and the focus on low-skilled adults epitomise Cedefop’s essential work for the next two years.

Referring to the invaluable role of the four operational departments at Cedefop, he said that projects, initiatives and online services target not only policy-makers but also VET training providers, practitioners and European citizens. 'The agency has widened its range to attract and serve those that seek its support for policy implementation and VET reform,' stressed Mr Calleja.

Since 2015 Cedefop’s strategic areas of operation can be summarised under three overarching themes: shaping, valuing and informing VET. In shaping VET, the reporting on the Riga deliverables together with DG EMPL is at the heart of Cedefop’s work. This is backed by the constant support the agency gives to the Commission on European tools, in particular this year being the 10th anniversary of the European qualifications framework.

In valuing VET, Cedefop is entirely focused on learners and their employability. A forum with the European Economic and Social Committee earlier in 2018 discussed the tangible support Cedefop is giving to the initiative Upskilling Pathways – new opportunities for adults.

Low-skilled adults weigh heavily on Europe’s competitiveness and economic credibility. A new strand of work on VET for social inclusion and labour market integration will spearhead an informed debate on how to reduce the number of low-skilled adults through education and training. An important aspect is the accent on early leavers, which requires more support from Cedefop to Member States and more reform measures.

In informing VET, the relative department focuses on building capacity for skills governance in Member States that ask for support, on an analysis of online vacancies using automated web tools covering seven Member States and on co-sharing the fourth wave of the European company survey with Eurofound. Cedefop’s focus will be on whether training and lifelong learning forms part of a company’s strategic goals. The department also maintains the Skills Panorama portal which offers policy-makers a wide range of information on skills anticipation and the impact on economies by sector.

In 2018, Member States and social partners will receive added support to reform VET and to inform VET of the structural changes necessary to make learning and employability the key strategic targets for millions of European citizens.

Looking back, Mr Calleja said that several online services have been set up: the skills forecast, the mobility scoreboard and a toolkit for early leavers. For 2018, more online products will be launched, e.g. a data visualisation of the opinion survey on VET, a financing database, an apprenticeship information tool, various tools for lifelong learning guidance, and a database of skill mismatch policies and practices.

In 2017, Cedefop recorded more than 377 000 downloads, including 63 000 Cedefop briefing notes; there were 732 media articles on its work; 11 070 followed Cedefop on Facebook and 6 300 on Twitter an increase over 2016 of 18% and 22% respectively. There were 38 Cedefop publications in 2017, 53 meetings and 1 159 participants; 545 citations in academic literature were related to Cedefop’s research. In October 2017 the 100 millionth European citizen downloaded the Europass CV from Cedefop’s web portal.

Also in 2017, there was a budget execution of almost 100%, a staff engagement survey had 72% totally favourable replies from staff members, the highest among 20 EU agencies, and a survey among governing board members showed a totally favourable satisfaction rate of 77% of the quality of the agency’s consultation with stakeholders.

MEPs raised various issues including the new founding regulation, the cross-cutting evaluation conducted by the Commission 2017, issues of employability and how mismatching may affect young and older workers; the role Cedefop will play in the new European Labour Authority; the request for evidence of synergies and sharing of resources between the agencies on transversal and common issues as a means to address cuts and the need for cost-effectiveness and added value; gender balance in the agencies and cuts in agencies’ budget which imply fewer resources to their core business.

In his replies, Mr Calleja said that the future of agencies such as Cedefop lies in their capacity to inject more resources in their core business. Cedefop's core business is creating new knowledge on European VET and tools to help policy-makers make the right decisions and enable more citizens to embark on learning for working: 'With depleting resources and new challenges, business as usual is not an option anymore; the aim is to share knowledge and cross-cut administrative practices. In doing so, we will be strengthening the core business and distinctiveness of each agency.'

You can watch the Cedefop Director's presentation here from 11:07:42. 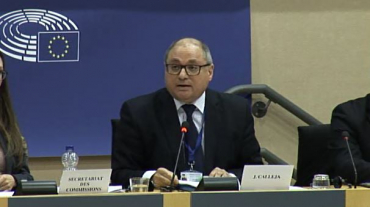